The film “Spiral”, starring Bogdan Dumitrache, has the world premiere at the Warsaw Film Festival

The feature debut of the film director from Cluj Cecília Felméri, Spiral/ Spirala, starring Bogdan Dumitrache, will have the world premiere in the competition of the Warsaw International Film Festival (October 9-18, 2020) dedicated to the 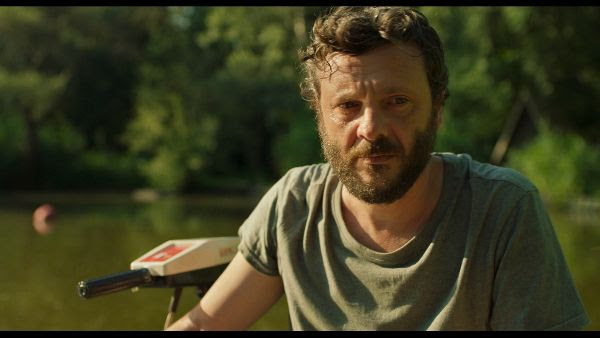 filmmakers who are at their first or second film. Shot near Budapest (spoken in Hungarian), based on a screenplay written by Cecília Felméri, Spiral is produced by Inforg-M & M Film (Hungary) and Hai-Hui Entertainment (Romania).
The film also features two Hungarian actresses: Alexandra Borbély (who received the Best Actress Award of the European Film Academy for the part she played in the film On Body and Soul) and Diána Magdolna Kiss.
Cecília Felméri said: “I`ve worked on this project for 5 years and I am happy that I finally completed it and that I can show it to the world in an A category festival for the first time. I`ve learned a lot from this experience and I was lucky to have a wonderful team beside me. […] Bogdan Dumitrache is a very good actor and it crossed my mind that he could play the main part while I was writing the screenplay, but I knew he couldn`t speak Hungarian. But after I realized that I cannot find a better actor, I called him. With the help of a language coach, he learned the lines in Hungarian and everything went just fine in the end”.
“Spiral is the debut that I`ve been waiting for a very long time, not as a film producer, but as a viewer. I strongly believe in Cecília Felméri as a director and I am happy that we came to the end of the road with the film and I can`t wait to see what new projects together will be ahead of us. I thank Bogdan Dumitrache for the courage of throwing himself into a project in a language that is not familiar to him and I congratulate him for making one of his best characters I`ve seen so far!”, Oana Giurgiu, one of the film producers, alongside Tudor Giurgiu, said through Hai-Hui Entertainment.
Spiral is a psychological drama about the difficulty of leaving the past behind and about how the ways our life are profoundly connected to the cycles of nature. Bence
and Janka have a house by a lake and they live out of the tax that the people who want to fish here need to pay. Everything seems to go smoothly in this apparent paradise, but their relationship starts deteriorating and strangely enough, the life
around the lake starts deteriorating as well.
Born in Cluj-Napoca, Cecília Felméri graduated the I.L.Caragiale UNATC in Bucharest. The short films she directed brought her many participations and important awards in Locarno, Mar del Plata, AFI Fest, DOK Leipzig, Vilnius, Varșovia, TIFF, Gopo Awards, Anim’est. Now she teaches at the Sapientia University in Cluj and she is co-founder and vice-president of the Hungarian Filmmakers Association from Transilvania.
Details: Warsaw Film Festival