The tenth edition of the Independent Film Producers Festival, organized by the Union of Film and Audiovisual Producers of Romania, with the support of the National Film Center and the National Film Archives – The Romanian Cinematheque, took place at the Eforie Cinema. The director DinuTănase, the director of the festival, told us that the main mission of this event is promoting the Romanian independent film which reached the same production level as the film financed by the state. Now the main problem for the young directors is to reach the position to be noticed and awarded, so that they may access financing from CNC.
In the IPIFF competition, the members of the jury – the film critic Anca Grădinariu, the director Dinu Tănase and the journalist Emanuel Lăzărescu – included many films that already received awards in Romania and at international festivals. The awards of the Indie Festival confirmed the quality of these productions. Bucharest Non Stop (directed by Dan Chișu) and Aliyah DaDa (directed by Oana Giurgiu) won the IPIFF Trophies for Best Feature Film and Best Feature Length Documentary. Andrei Creţulescu won the award for Best Short Film, for Ramona. There`s Nothing in This World (directed by Andreea Vălean) received the Special Mention of the jury for short film. The award for Best Student Short Film went to Roxana Stroe, for Black Friday.
The 2015 IPIFF Trophy for Best Debut Feature Film was received by Nicolae Constantin Tănase, the director of the film The World Is Mine.   Cinematography: Dan Țuculescu 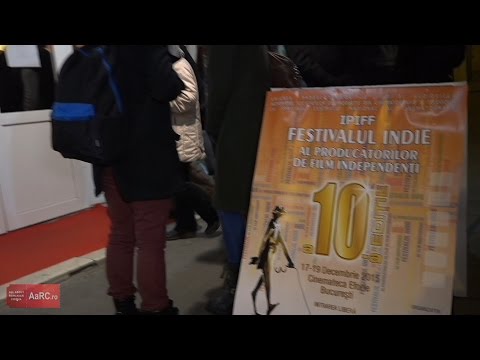