From August 23 to 25, 2019, Salonta will host the first edition of the Frontier Film Festival. Every evening, the audience will have the chance to attend open-airs screenings of a selection of Romanian 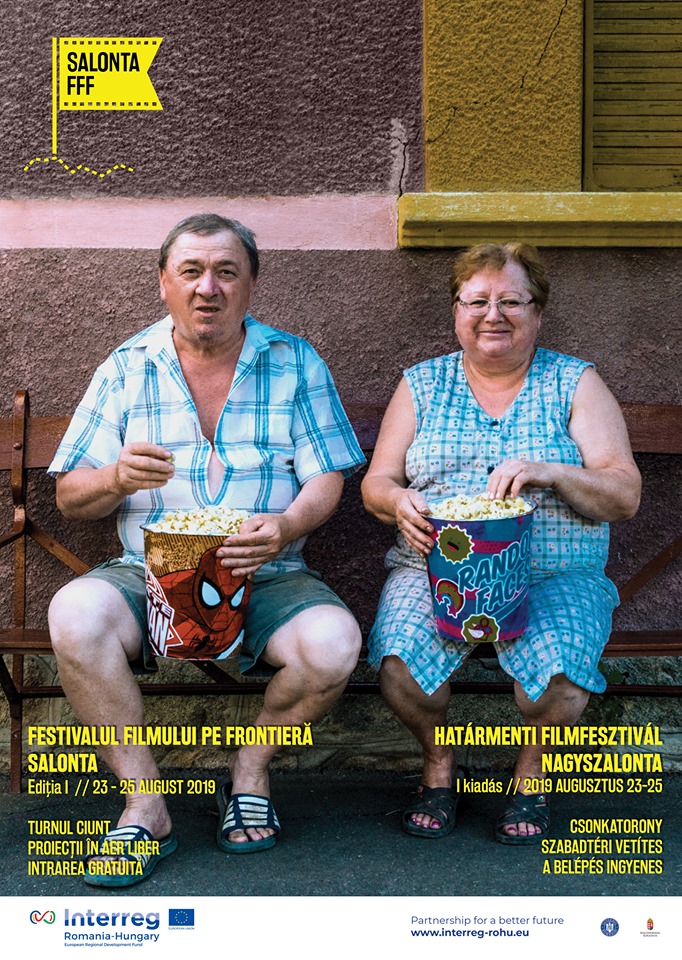 and Magyar films that were released these past few years. The festival is dedicated to the large audience and it will be a good chance to discover the two film worlds and to communicate. Every evening there will be special guests – directors, actors or producers of the films – who will discuss with the viewers after the screening.
Among the films selected for the first edition, the viewers will see Parking, directed by Tudor Giurgiu, represented by the co-writer of the film, the writer Marin Malaicu  Hondrari and X-Out of the System / X – Scos din Sistem, directed by Károly Ujj Mészáros, introduced by the producer András Muhi. The festival takes place from August 23 to 25, starting with 19:30, at Turnul Ciunt in Salonta (Bihor). The access is free.
The Salonta Frontier Film Festival is an event organized by Rova Film, at the initiative of the film director Marian Crișan and financed through the project entitled Cultural Cooperation among citizens from the Salonta-Gyula Cross-border area (Co-Cultured ROHU-280). The project was initiated by the Municipality of Salonta (Romania), as Lead Partner, in partnership with Gyula Town (Hungary). The project is implemented under the Interreg V-A Romania-Hungary Programme (www.interreg-rohu.eu) and it is financed by the European Union through the European Regional Development Fund and co-financed by the Romanian and Hungarian governments.
Details: facebook