The first edition of the Feminist and Queer International Film Festival took place between the 6th and 10th of November 2015 at the Studio Cinema in Bucharest and started with Bruce LaBruce`s most recent film, Pierrot Lunaire.
FAQiffhad two competition sections, short film and feature film. The members of the jury, Iulia Popovici, Irina Trocan and Paolo Lagana, offered a Special Mention to the short film La beau-frère, directed by HasseneBelais and the award for Best Short Film to Joel Moffett, for Technical Difficulties of Intimacy.
The award for Best Feature Film was received by Open Up to Me, diected by Simo Halinen. The members of the jury for this section were: Laurențiu Damian, Dana Duma and Yair Hochner.
Before the festival, the members of the selection team explained to us what the selection criteria were and what a feminist and queer film meant.
Besides the films that they brought to Bucharest, the organizers prepared also some other events. The most important was the masterclass held by Bruce LaBruce at the Journey Pub. The director should have been present at the opening, but because he broke one of his legs in a recent accident, he couldn`t make it anymore. Still, the discussion took place on Skype. YairHochner, the director of the Tel Aviv International LGBT Film Festival met with the audience after the screening of the film Guttmanx5, that he worked on as a producer.
Also outside the competition the documentary Femei/Frauen was screened, It was directed by Adriana Radu, the promoter of the sexual education program “Sex versus Stork”. The film has some interviews with women from Germany and Romania, who speak about how you can perceive society differently depending on the role it gives you, about shortcomings and success. After the screening, Adriana Radu moderated the debate on the importance of the sexual education in schools.
Details: faqiff.ro
Imagine: Dan Țuculescu 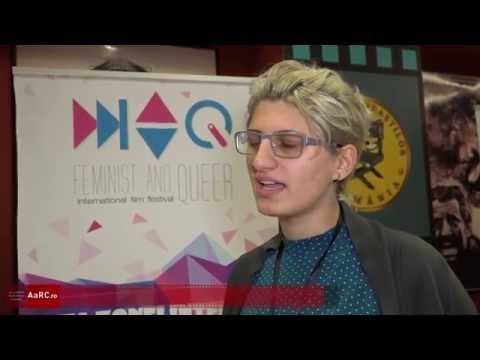