As she promised last year, Dorina Lazăr, the manager of the Odeon Theatre, added a bust to the honorary gallery of the great actors. In 2015 the bust of the actor Ștefan Mihăilescu-Brăila, made by the sculptor Dragoș Cătălin Munteanu.was inaugurated. The same artist made the bust of Jorj Voicu too, which was inaugurated on the World Theatre Day, 25 years after the actor passed away.
At the event organized by the Odeon Theatre Sanda Manu was present. She had been the I.L.Caragiale Theatre and Film Institute professor of the generation that Jorj Voicu, Ion Arcudeanu and Dorina Lazăr were part of. Jorj Voicu was an actor of the Odeon Theatre from 1968 until 1989.
On the event, Sanda Manu, Dorina Lazăr and the director Dinu Cernescu shared with the audience a few episodes that revealed Jorj Voicu`s special personality.
Cinematography: Valeriu Ciubotaru 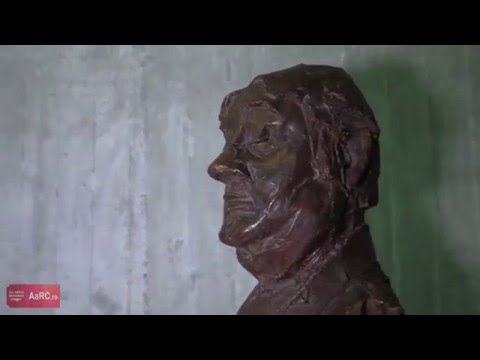