The Astra Film Caravan On Tour reaches Bucharest and brings six of the best documentaries from the 2017 AFF to the Cinema of the Romanian Peasant Museum (MȚR).
On Friday, February 9, 2018, The Challenge (directed by Yuri Ancarani) is scheduled from 18:00; the film is a skilful visual exploration which tells the story of a few Qatar sheikhs that prepare for a falcon contest. Taste of cement, directed by Ziad Kalthoum, is a poetic film about the drama of the Syrian refugees (from 20:00).
On Saturday, February 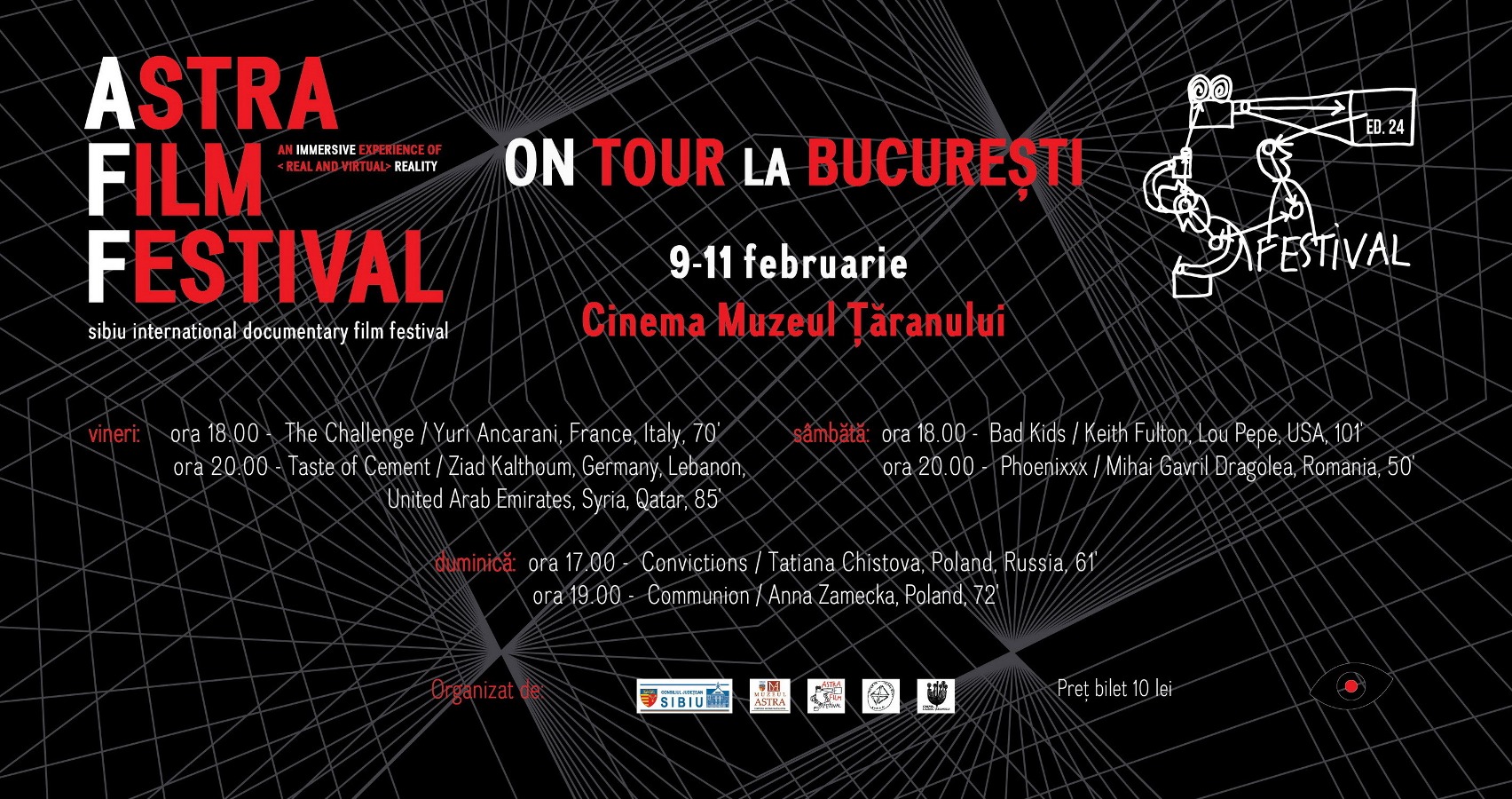 10, 2018, the film Bad Kids (directed by Keith Fulton) is scheduled from 18:00. It is an observational documentary which follows some students at risk of dropping out and the supportive and motivated headmistress of the Californian Black Rock Continuation High School, during an entire school year.  From 20:00, the MȚR film lovers will be able to watch PhoeniXXX (directed by Gavril Dragolea), the documentary that received the Best Research Award in a Romanian Documentary at the 2017 AFF. The film reveals the offline life of two videochat models.
Sunday, February 11, 2018 is the third day of the caravan and it starts at 17:00 with the film Convictions (directed by Tatiana Chistova); it is a film that offers a rare insight of the bureaucratic machinery, through which all young people are forced to pass so that they can consider themselves fit for military service in the increasingly militarized society of today`s Russia. Communion (directed by Anna Zamecka) can be watched from 19:00. It is a touching film about a young girl`s efforts to keep her dysfunctional family together.
Astra Film On Tour in Bucharest is organized by Astra Film, CNM Astra, the Sibiu County Council, the Romanian Peasant Museum. The 25th edition of the Astra Film Festival will take place in Sibiu, from October 15, until October 21, 2018.
Translation: Iulia Necoara