At the latest edition of the “Anonimul” International Independent Film Festival, the Audience Award for Best Romanian Short Film went to 0068 Sniper`s Nest directed by Radu Bărbulescu. It was a well-deserved award, though maybe a tiny bit influenced by the film being scheduled more times than other films in competition. 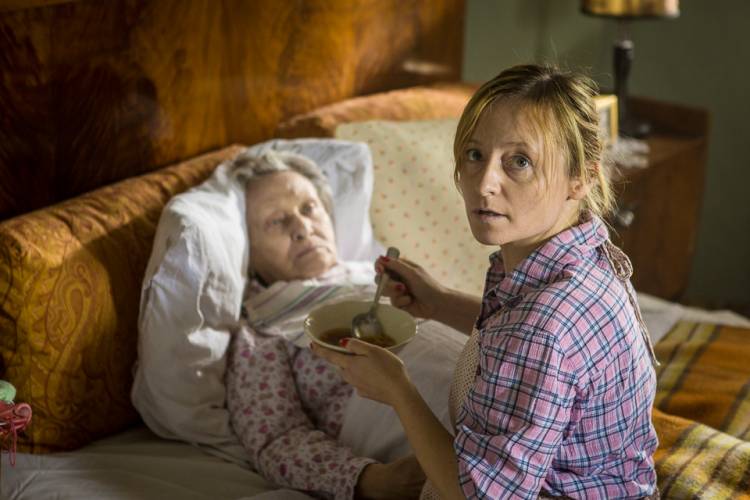 The director who also wrote the script started from a fairly funny situation: a sniper is planted inside the apartment of an old lady who is lying in bed, half-paralyzed; he must keep the area secured for the officialsthat came to the NATO summit held in Bucharest. The comic effect is in the contrasts. The owner`s old and modest apartment and the man`s posture, all geared up - like in the action films - with balaclava and a machine gun. Her keeping still and his feline agile moves. Their silence – hers because of her illness, his because his mission requires it- and the rattling away of the third character, a tenant/ occasional nurse who waits impatiently to inherit the apartment. The action starts to build up according to the premises.
After trying in vain to talk to the sniper, the nurse takes advantage of his being there and takes the day off. The sniper, with the codename “caterpillar” follows the messages and instructions received by walkie talkie. The old lady follows his moves with the kind of a look that seems more and more interested and a lot more vivid than she was supposed to be like in her lethargic state of being. Time goes by and suddenly the comedy turns to drama. The old lady starts talking. The gun fires. The other snipers react. 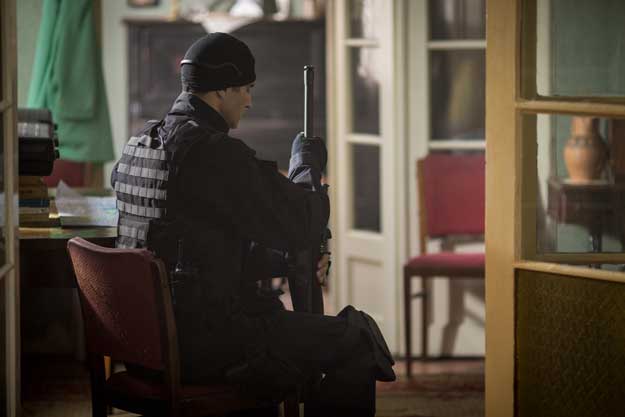 Speaking strictly from the point of view of how it was made, in 0068 Sniper`s Nest George Dăscălescu proved to be a very good cinematographer and the actors Tatiana Iekel and Cuzin Toma did a very good job; the director-scriptwriter Radu Bărbulescu has a good sense of timing, he knows when to turn the situation upside down and to rush the surprise-resolution.
But I believe that 0068 Sniper`s Nest is more profound than may seem at first. It is a film shoot in a room, that basically speaks about destiny. The discretionary, merciless, stupid destiny, whose hand anyone can be – even an old lady who lies in bed paralyzed. It strikes when less expected, not allowing you to enjoy a promising love date and acts upon rules that are unknown to us. That is the reason why 0068 Sniper`s Nest - which at the beginning may seem a light funny short film - ends up by making you think really hard about it.