Cristi Puiu, president of the jury of the Jihlava Documentary Film Festival


The Romanian Cultural Institute from Prague supports the participation of the film director Cristi Puiu, as the president of the jury of the Documentary Film festival in Jihlava, the Czech Republic, which takes place from October 24 to 29, 2019. Cristi Puiu will also hold a master class with the theme tema “Authenticity in fiction film/Can fiction be more trustworthy than documentary?” on October 26, from 16:00, at the Dukla Cinema – Reform of Jihlava. 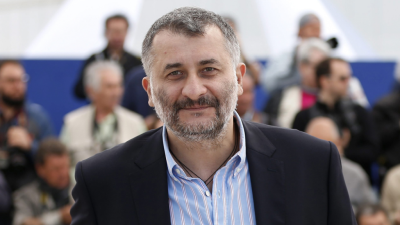 .
The big award of the main competition, Opus Bonum, of the 23rd edition of the Documentary Film Festival in Jihlava will be decided by the only juror, the director and screenwriter Cristi Puiu, a prominent name of the new film wave in Romania. The Romanian film will evaluate nine productions from France, Great Britain, India, Madagascar and Palestine. The various documentaries approach topics about racism, environmental disasters, as well as personal stories of the soldiers, reformers and political leaders.
The Death of Mr. Lăzărescu / Moartea domnului Lăzărescu, which received – among others – the Un Certain Regard award of the 2006 Cannes Film Festival will have  a special screening during the Jilhava Festival.
Among the members of the jury of the festival which is structured into 7 sections, we mention: the Serbian director Srdan Keca; the Pennsylvania University professor Timothy Corrigan; Emilie Bujes, artistic director of the festival Visions du Reel from Switzerland; the Bulgarian poet Kapka Kassabova; and Alessandro Stellino, the artistic director of the festival IsREAL in Italia.
Details: Institutul Cultural Român