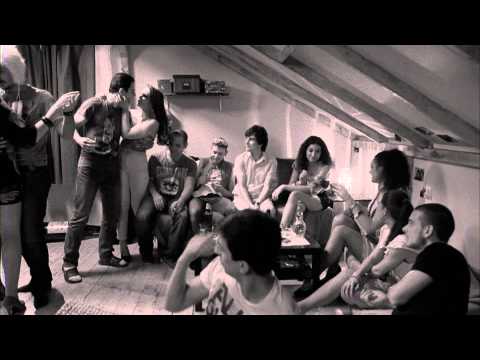 Ana-Maria Comănescu who is studying for her Master`s Degree in film directing made the short film “In the House” as her bachelor degree exam (on black and white Super-16 mm). After the screenings at CineMAiubit, at the Days of the Women Filmmakers (at Cinema Studio) and at the European Film Festival, it was also screened at the 2015 Tiff – Romanian Days. Short Films. It received the 2015 NexT Special Mention of the Jury, the Best Actor award at SEECS (South-Eastern Europe Cinema Schools Festival)  and the Best Director award at MIFEC (International Film School Festival) in Portugal.
The short film was shot in the UNATC set and the cast is made of many young actors: the protagonist Alexandru Sinca, Rareș Andrici, Cristian Bota, Andreea Alexandrescu, Alexandru Ștefănescu, Cosmin Pană, Alina Mihai, Lucian Ionescu, Aron Alexandru Lucian. The story`s narrative engine is the life changing experience of a young man who hit deadly a woman with his car and run from the crime scene. He gets to his friends` party to whom he tells nothing at first. But everything comes out, along the way. Tudor Platon is the director of photography and Patricia Chelaru is the editor. 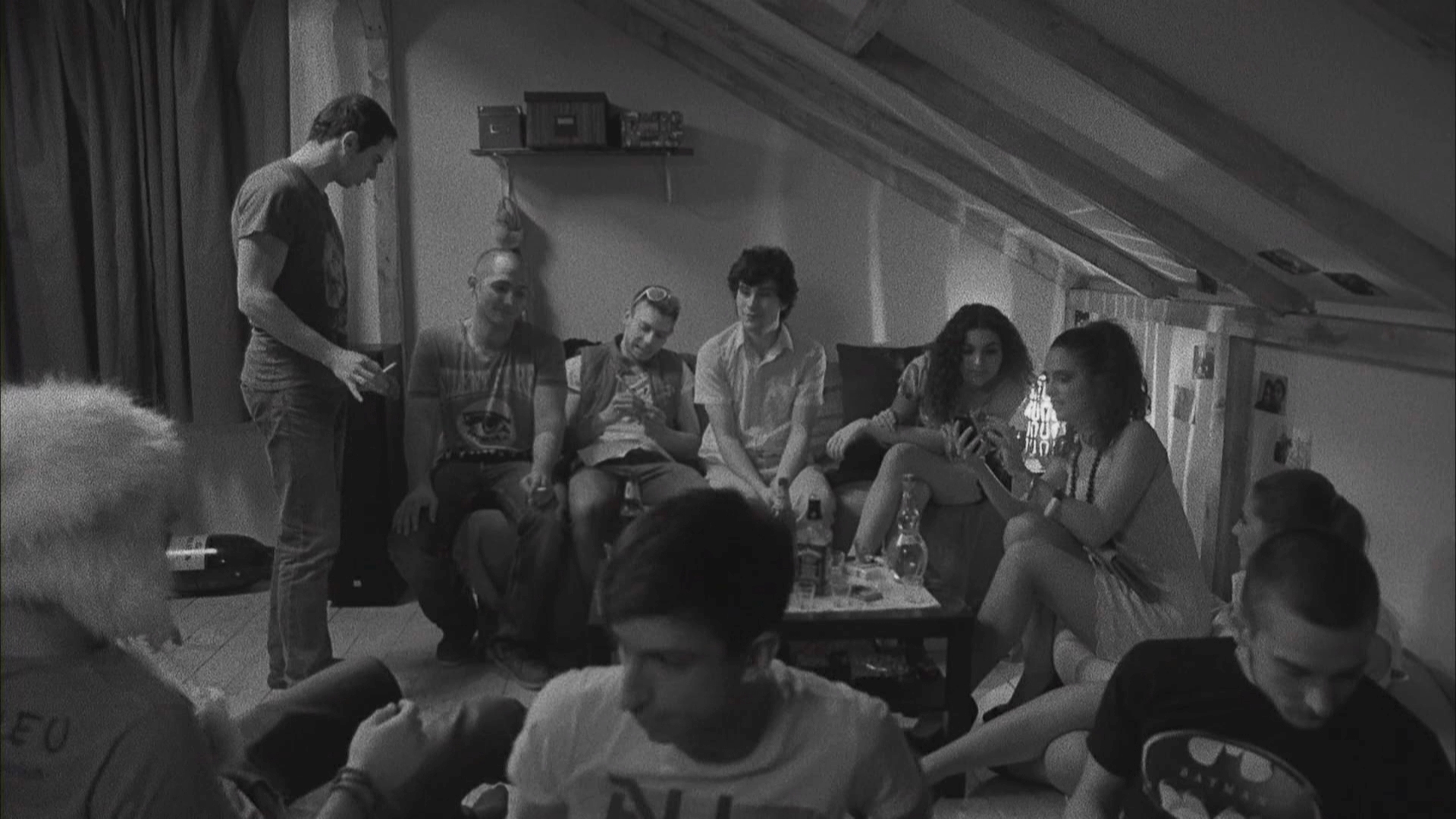 The premise of the film is a classical one, and the topic share of drama could have easily turned it into a cliché one or – in many ways – one in which the director lost control of it. But its worth comes from how the topic is approached: the directing and the editing go well together so that the tension is well balanced. Though the film has many characters, with the help of the dialogues and of the acting, the director succeeds in creating precise enough characters, a choreography of the characters and a certain atmosphere. In terms of atmosphere and cinematography, the film was created in three distinct sequences,. The usual vulgar verbal tics are somehow specific to some generations that can`t keep “a clean tongue” when they are in relaxed/ tense circumstances.
When “translating” them, you can say that they are mere words; often they work as plain interjections without semantic value – they become tics or prop-wordsthat add no meaning, but only expressive quality to the dialogue. But they bring a flexibility and an authenticity to the discourse. Underneath the dialogues, you can feel and see the tone and the expression in each actor`s eyes, you can feel his position in relation to the experience he is about to tell. The director told us the fact that she had had many rehearsals with the actors before the shooting started, one of the reason being the fact that she had a certain amount of film and that she couldn`t afford to have too many takes.
At TIFF we talked with Ana-Maria Comănescu, Patricia Chelaru and Tudor Platon who told us about the stages of making the film and also about its manner.
Imagine: Dan Țuculescu 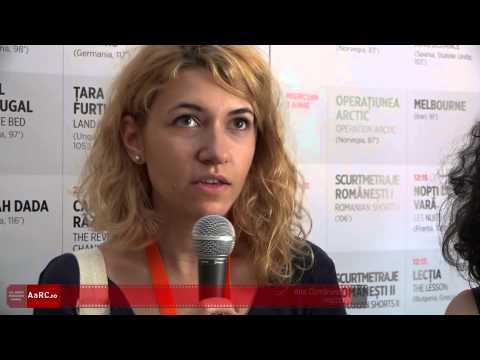