DaKINO 25 opened on Wednesday, 13 April, with the national premiere of the feature Room (directed by Lenny Abrahamson), at Hollywood Multiplex Bucharest Mall, and is to wrap up on 17 April, 2016. 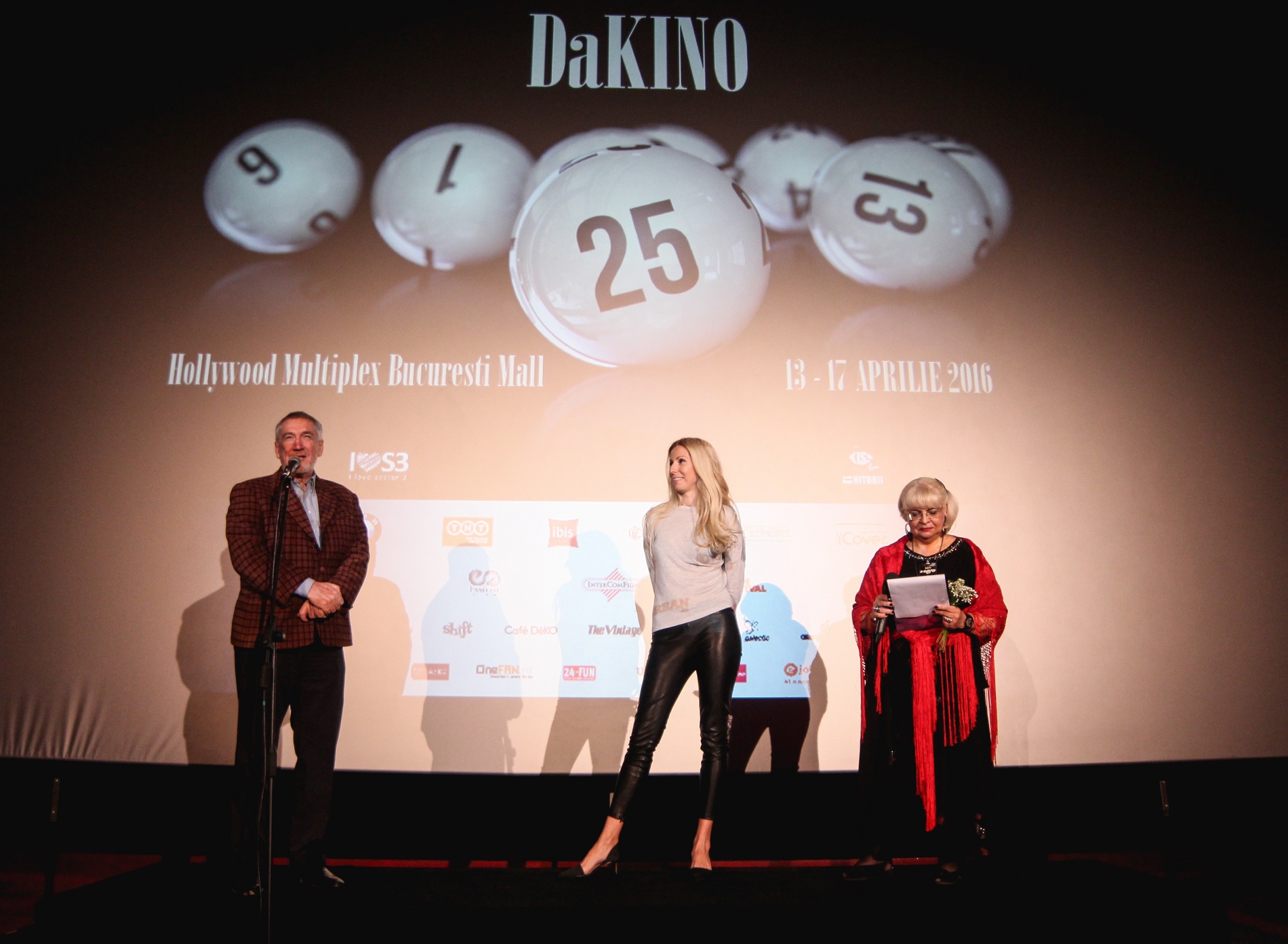 DaKINO 25 Shorts' Competition will unfold over 3 days (Thursday, 14 April, at 19.00, Friday, 15 April, at 19.00, Saturday, 16 April, at 14.00), at Hollywood Multiplex Bucharest Mall, with 25 international and Romanian films, selected by film reviewer Irina-Margareta Nistor.
The shorts selected in the competition section will be viewed by the jury made of director Mariam Khatchvani, director of photography Silviu Stavilă, producer Daniel Mitulescu, actress Ana-Maria Guran and film reviewer Cristi Mărculescu. The jury will grant the DaKINO 25 Trophy, the Best Director Award, the Best Cinematography Award, and the viewers attending the screenings will decide to whom the Audience Award will go.
The DaKIDS program will be present at this edition as well, with a selection of children films: Bunul dinozaur (The Good Dinosaur) (directed by Peter Sohn), Întors pe dos (Inside Out) (directed by Pete Docter & Ronnie Del Carmen) and Cartea junglei (Jungle Book) (directed by Jon Favreau).
Details at: www.famart.ro