Pipe, Sex and Omelette / Pipa, sexul și omleta is the short film directed by Ana-Maria Comănescu at the end of her Master`s Studies in film directing at the UNATC Film Faculty. Her film crew included Andrei Huțuleac (co-screenwriter), Tudor Platon (cinematographer), Patricia Chelaru (editing), Iulian Cristian Nunu (sound design), CarlaFotea (producer). Many of them were her collaborators also for her previous short film, Second Look / Te mai uiți și la om (the Award of the UCIN President&the Critics Choice Award atCineMAiubit 2016).
Her film stars: Ioan Coman, Lucian Ifrim, Mihaela Sîrbu and Daniela Nane.
The film is an adaptation of the short story “The Great Switcheroo”, written by Roald Dahl and published for the first time in Playboy (1974). With a humorous and cynical approach, Pipe, Sex and Omelette tells the story of Victor and Filip, who share a strange love business. The two men are friends and neighbours in a residential area and each of them is attracted to the other one`s wife; they try to come up with a plan to fulfill their desires without consequences. 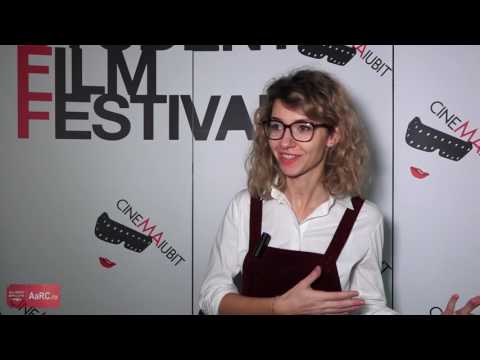