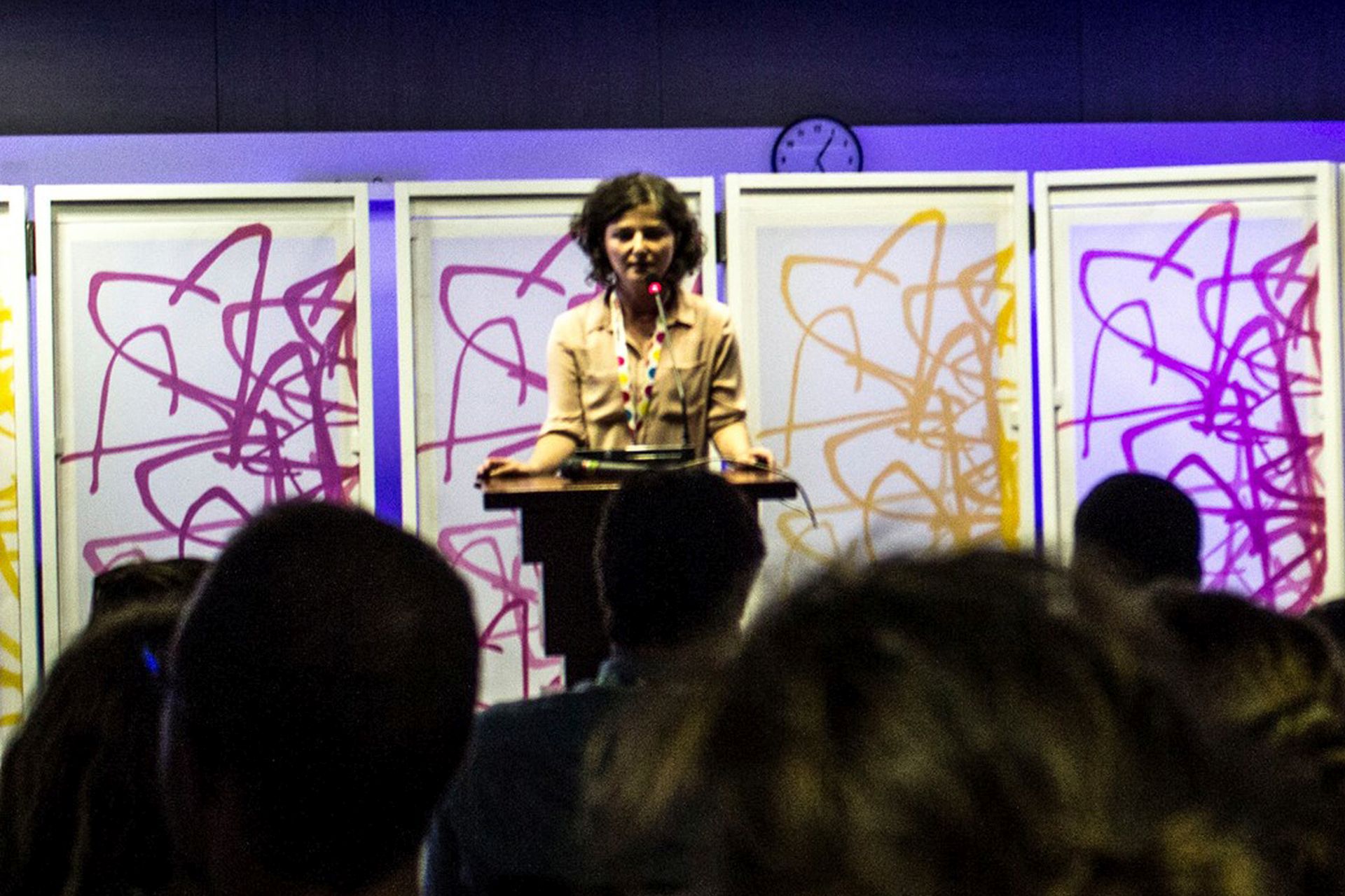 Pack&Pitch is a pitching lab held by Gabriele Brunnenmeyer and Selina Ukwuoma, where producers and directors can submit one project. The goal of this workshop are the two prizes – one invitation to CineLink`s Coproduction Marketand one award for postproduction of sound services in the amount of 4,000 Euro provided by Studio Chelia – the one that Anda received after the presentation of her project Sol in front of the jury and of the audience of colleagues and industry professionals.
In 2012 Anda graduated Cinematography at the Bucharest National University of Theatre and Film (UNATC). She was a cinematographer for more projects but she also directed 3 short films (2 of them are experimental, Wait-Help in 2010 and Edge in 2012) and the documentary Stremt 89  (2012), which received more awards at student and short films festivals.
The first part of the material about Sarajevo Talents can be read here.

What script did you submit to Pack&Pitch?
I submitted Sol, a 10 minutes short film about a boy who lives in an isolated mountain community who finds out that his elder brother decided to give himself as an offering to their god, with the hope that his sacrifice will bring rain after a long period of drought.

In what stage of project in development was Sol, when you submitted it?
I had been giving this idea a lot of thought, but I never got the chance to write it down. I had found the locations (somewhere near my native town) and the main actor (a 8 year old boy), but my problem was the script. At GoEast, where I won the Development Award, I had only one synopsis. In the meantime I finished writing the script and right now I`m looking for a Romanian producer.
Besides being part of the Pack&Pitch you were also a participant at theyoung directors programme. How were you able to cover everything?
Unfortunately, the Pack&Pitch programme which was very important for me was happening right at the same time as the one for the directors, so I chose not to go to that one. I know that the directors worked with the actors in the Film Stage Studio programme, they directed sequences and also acted in some of them. 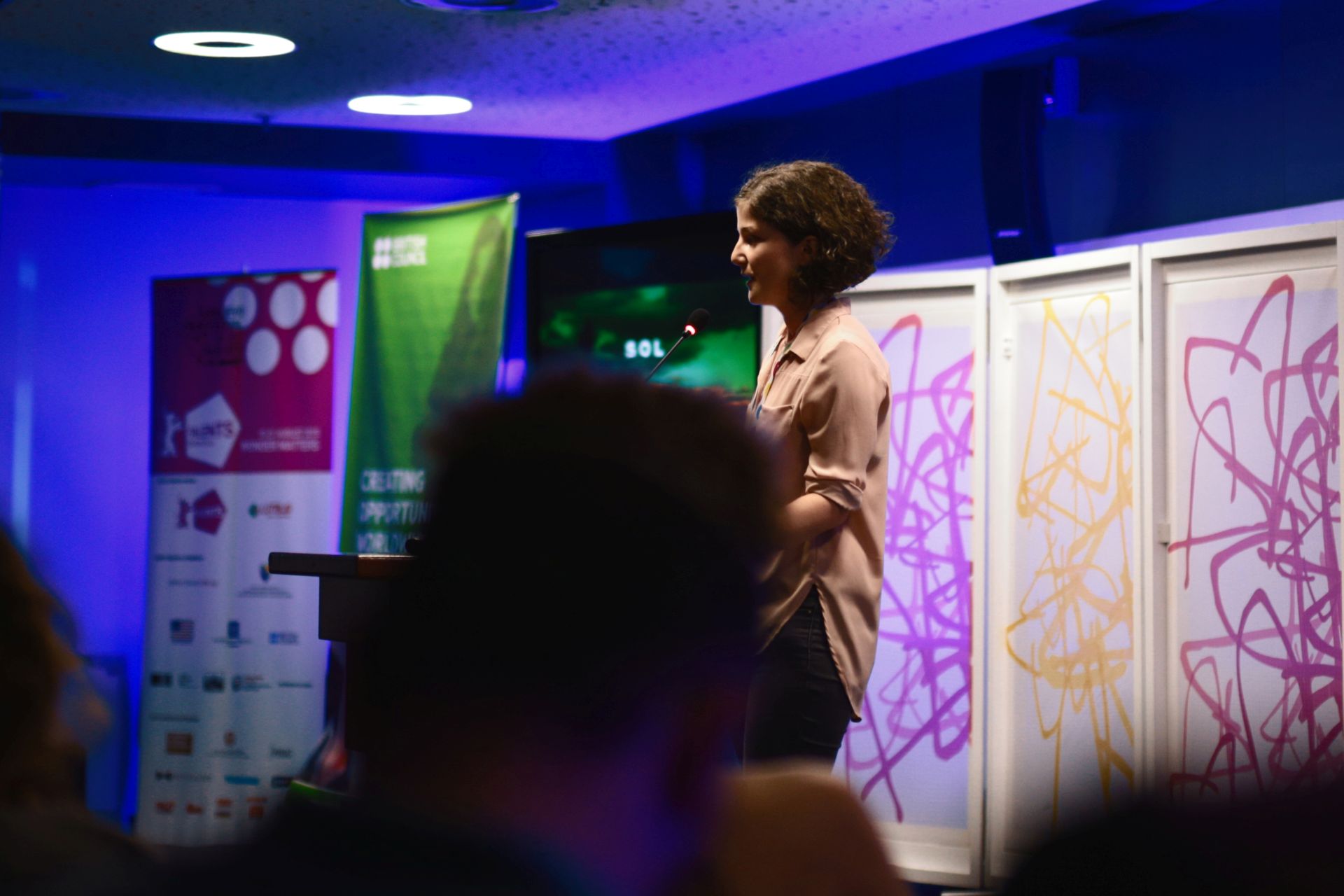 How was Pack&Pitch?
It was definitely the best of my workshop experiences that I`ve had so far. We had 3 intense days, we worked as a group, but also individually, we had lectures that we attended and also did practical stuff. We were 6 people with 6 different projects and we had 2 mentors, Gabriele Brunnenmeyer and Selina Ukwuoma who helped us prepare a written presentation and a spoken one that we were supposed to deliver in front of an audience. They taught us how a one pager (the presentation of the project in one page) or the logline, the synopsis and the treatment should look like. Then they taught us what pitching meant, from what elements the speech should contain to the mood you should be in when you speak about your project.
This was a very difficult exercise, but a very useful one: trying to condense all the information about my project in just a few words and after that trying to find another way to present it orally, without repeating the written information that the people in the audience already had in their hands. I was very impressed by our mentors`  implication, about their being very careful about the details and also by their doing their utmost best to get us in the best shape to pitch our projects.

Did you work with both of them at the same time or you were split in groups?
We had two sessions. For the first one we worked with only one mentor and for each of us it was different. I worked with Selina, we talked a lot about the script and about the strong parts of the project. Then each of us wrote his/ her logline, synopsis and treatment. During the second session we worked with both of them for one hour - we went through the written presentation and we improved it. I liked the fact that I prepared more versions, then I discovered which were the pros and cons until I  finally reached the version that is in the catalogue.
While I was talking to Gabriele, Selina was writing on her laptop and saying: “Look, I believe this word would be more appropriate here.” I really felt I had their full attention and care. They did their best not only for us to have a coherent and comprehensive presentation, but also make the others understand the general feeling that we want to create and the impact our projects will have on the public.

How was the discussion on the script?
Selina is a scriptwriting teacher and a script-consultant. I came here with a first draft, but she was thrilled to see that it`s such a far-reaching drama in seven pages and she didn`t feel I had to add something more to it. She liked my script. Because I have never written something before, I was interested to see if everything I wanted to express was fully understood and if I could explain some things in a different manner. Before asking me what I meant to say with the script, she told me directly what she understood from it and it fitted very well with my intention. And that helped me trust my project. We talked about the characters` backstory and about how much I could leave out of the story. 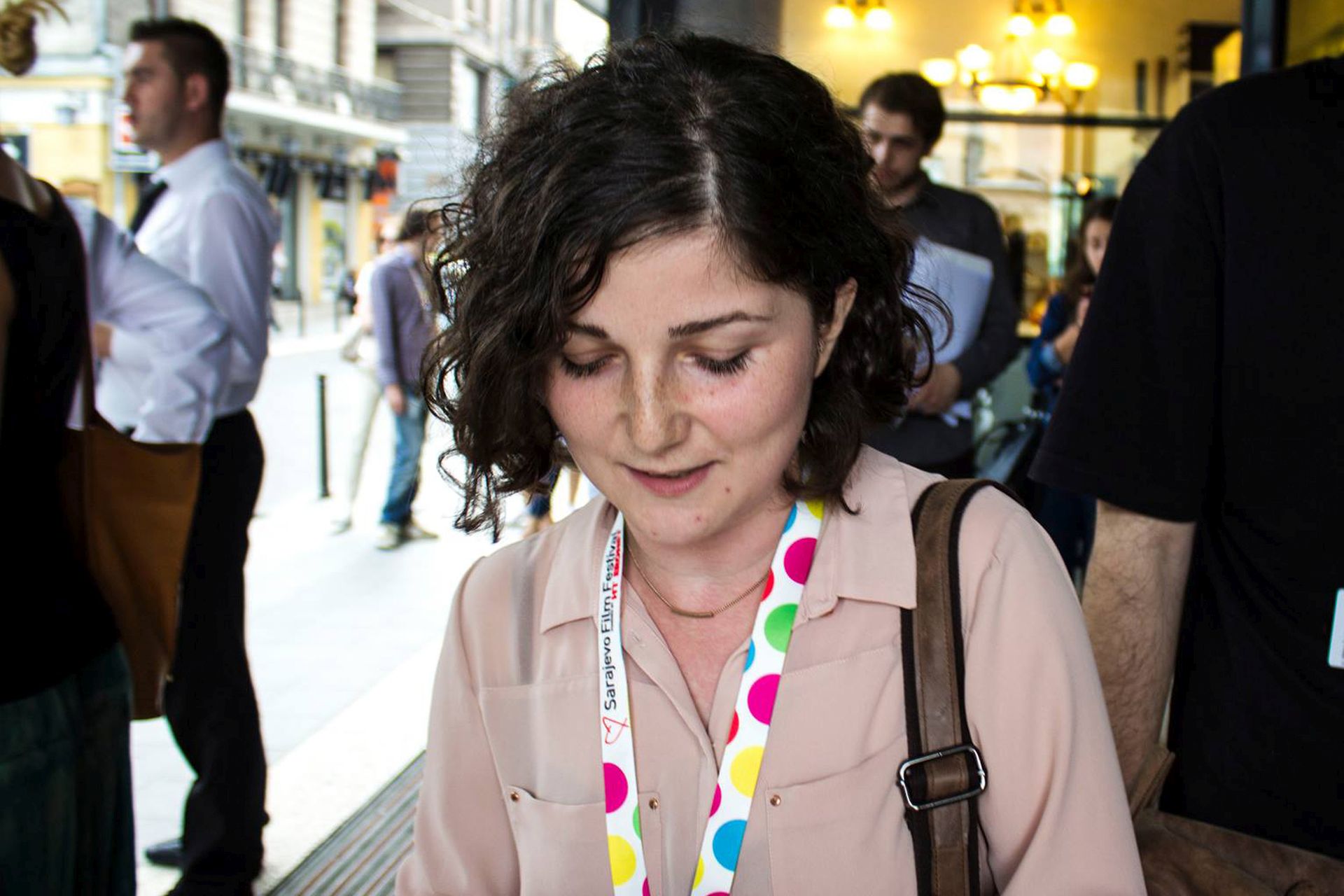 How were the sessions with your colleagues where you got to present your projects to each other?
That was very interesting. In spring I joined another pitching workshop at East West Talent Lab which is part of the GoEast festival in Germany, when we had a rehearsal and pitched to eachother before the official presentation. But there were 15 projects and the process was getting really tiresome. For many of them you didn`t even get the chance to give a serious feedback because everyone was waiting for his/ her turn to pitch. Things were different here.
We worked really well as a group because we were only six participants and our two mentors created a very special environment for us because I feel they liked all of our projects; I can say that I liked all the other projects. And the feedback was quite consistent, they gave us really useful solutions. Each of us made the presentation as he/she thought and we all tried different ideas, then the others gave us their feedback and only in the end Selina and Gabriele came with their suggestions, then they made a summary with the things that should be changed. In the evening, each of us adjusted his/her presentation and the next day we had the pitch.

Do you want to be the cinematographer of your film?
As a matter of fact I do, because I spent most of the time thinking of the visual style of the film; but I will definitely need a camera operator. I would like to hold the camera myself, but since I have a child and animals on set, a camera operator will give me more freedom to work with the boy who will be the lead character.

Who else is in your team?
Dragoș Dulea will be the editor; we`ve been working together for a long time and we are a couple. We share ideas a lot, on directing, on the script, everything, most likely we`ll co-direct it. I wrote the script, starting from an idea that my father (who is very passionate about history) had.

Is it a historical film?
It started out like a historical film; though I have never been good at history. I believe all my colleagues who will hear that  I make a historical film will have a good laugh. But I found out about sacrifices and I was interested in the idea that in our area people gave their lives, willingly, as offerings.That was the most important and honorable thing that could have happened in their lives, to be the ones that were to meet the god to tell them about the problems of their people. At first I was fascinated about this way of thinking, completely different from my own. But then I realized that this could be quite a challenge: telling a story as if in a timeless bubble, about family, not necessarily about sacrifice.
I believe the family connections haven`t changed that much during time and that the drama of living with the decisions (that you don`t understand or don`t accept) of someone you love was the same back then as it is now, especially through the eyes of a child. Theoretically it is a historical film, because they don`t give offerings to the gods anymore in Romania nowadays, I hope; but I don`t want to emphasize this. It will not be shot as a historical film.  I want everything to look real. All the time I had the impressions that the historical films are treated condescendingly by their creators, with a certain distance from the subject as if this is simply something that people used to do back then – sacrifice themselves and that`s it. I would like the film to be a visceral experience, to feel as if you are there and that things are happening right in that very moment.

How did the experience of being part of the Sarajevo Talent Campus help you?
The main reason why I came here, before finding out the names of the mentors or the schedule, was to go out of my comfort zone, and force myself to pitch in front of an audience, because I`m terrified of talking in public. The feel in our group and the general rehearsal helped me very much. When I was to supposed to start pitching I knew what I had to do and I got really nervous only after I finished.
Finding out this structure of the pitch was very important to me because I will be able to use it as a starting point for other projects and it`s either I follow it or go away from it. Then, I`m really glad I met Selina and Gabriele and the other colleagues from Pack&Pitch. We really stood by each other and helped one another and I hope we`ll be able to do the same in the future as well. One of the participants, a producer from Estonia even offered to co-produce my film.