The winners of the third edition of the BUZZ CEE International Film Festival were announced last evening, July 7, 2018, during the Closing Gala ceremony. The awards were given for the following categories: short documentary, student short documentary, feature-length documentary and feature film. 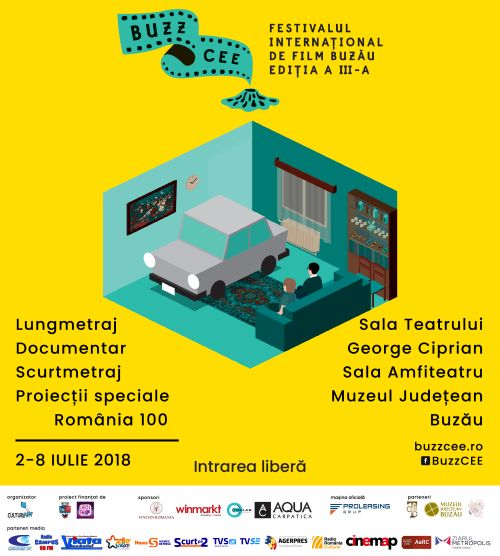 The Long Buzz Trophy for Best Feature Film went to The Forest (directed by Roman Zhigalov), a Russian film with a story that fully convinced the members of the jury: Domnica Cîrciumaru – casting director George Kalomenopoulos – film producer from Greece and Daniel Sandu – film director.
Daniel Sandu said: “If you take the story from this film and place it in any other territory on the planet, it works as well. It`s about the dramas and the problems that people in the rural areas confront with, the ones that live on forest exploitation, more or less legal. It is a debut film and the acting of the actors is believable.”
The Real Buzz Trophy for feature-length documentary went to Third-Class Travel, directed by Rodion Ismailov. The documentary gathers characters and stories, jokes and friendships that it organizes into a sincere, human portrait of nowadays Russia.
The Leg, directed by Anton Sukharev, received the Short Buzz Trophy for Best Short Film and Superprize, directed by Konstantin Chelidze won the Best Student Short Film category.
The Doc Buzz Diploma - awarded to the Best Short Documentary - went to Afganistanbul, directed by Ulaş Tosun. “A documentary which focuses on innovation and on the director`s ability to enter a world that is completely hidden, both to the people in Istanbul and to the ones in the rest of the world. A very good connection was created between directors, operators and characters, a symbiosis by means of which the message created by them was perfectly rendered.” Mihai Dragolea said. He is a documentary director and the winner of the 2016 Real Buzz Trophy.
BUZZ CEE 2018 is a project financed by the Buzău City Hall and the National Film Centre.
Details: www.buzzcee.ro