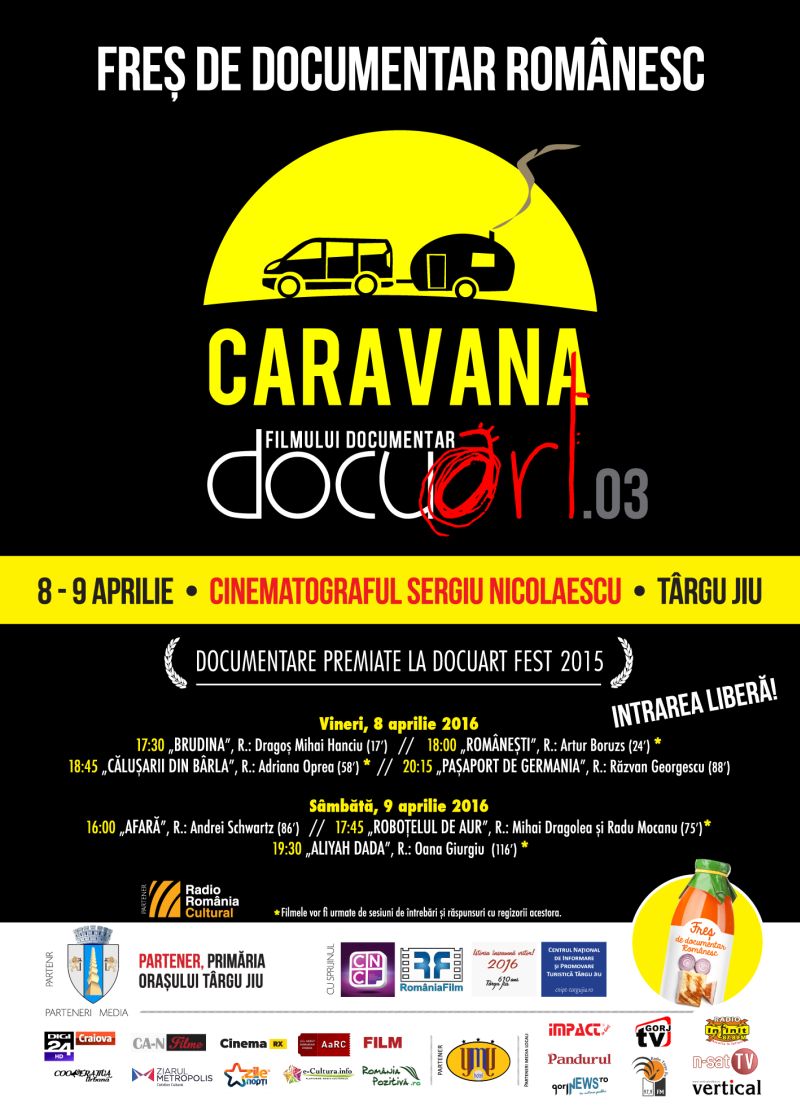 Docuart Caravan invites the town's film lovers to view a series of Romanian documentary films, all of them award-winners at the Bucharest Docuart Fest 2015. The program will commence on Friday, April 18, at 17:30, with the feature Românești (directed by Artur Borusz), and will continue with Brudina (directed by Dragoș Mihai Hanciu), Călușarii din Bârla (The Calusar Dancers in Bârla) (directed by Adriana Oprea) and Pașaport de Germania (Trading Germans) (directed by Răzvan Georgescu). One Saturday, the 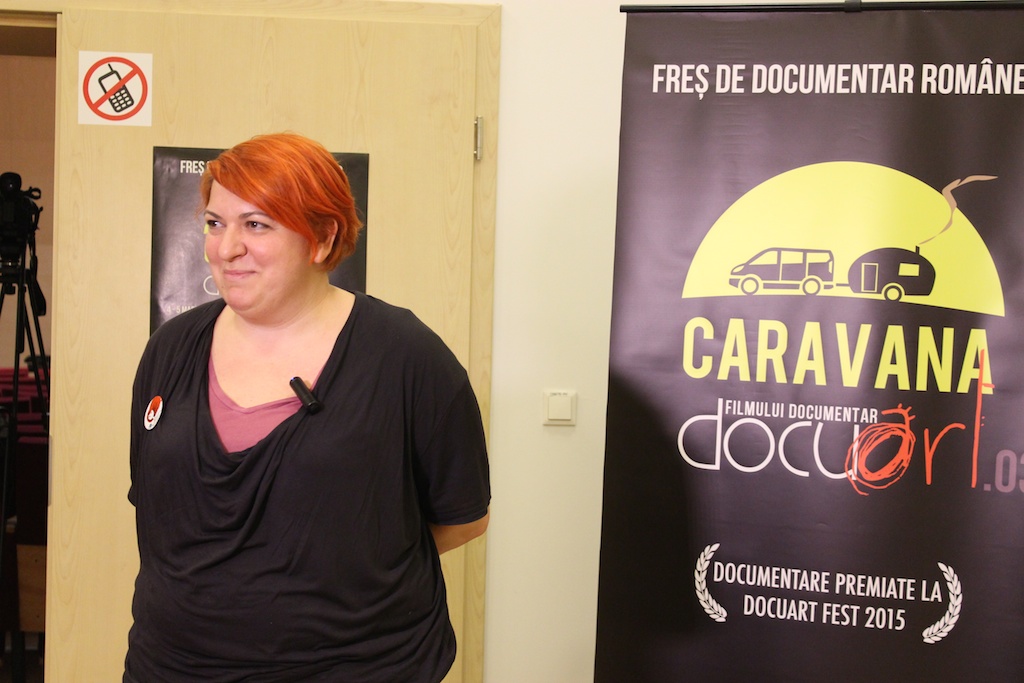 screenings will start with Afară (Outside) (directed by Andrei Schwartz), Roboțelul de Aur (Golden Robot) (directed by Mihai Dragolea & Radu Mocanu), and the day will be ended with Aliyah Dada (directed by Oana Giurgiu).
The screenings will be attended by directors Adriana Oprea, Oana Giurgiu, Mihai Dragolea and Radu Mocanu, who will also take part in Q&A sessions with the viewers.
Admission will be free of charge.
The next town to be checked on the Caravan's map will be Baia Mare, to be visited during 22-23 April.
Details at: Docuart.ro