Docuart Caravan returns in Cluj-Napoca for the third consecutive time, with screenings of Romanian documentary features at Cinema Mărăşti, during 6 - 7 May. 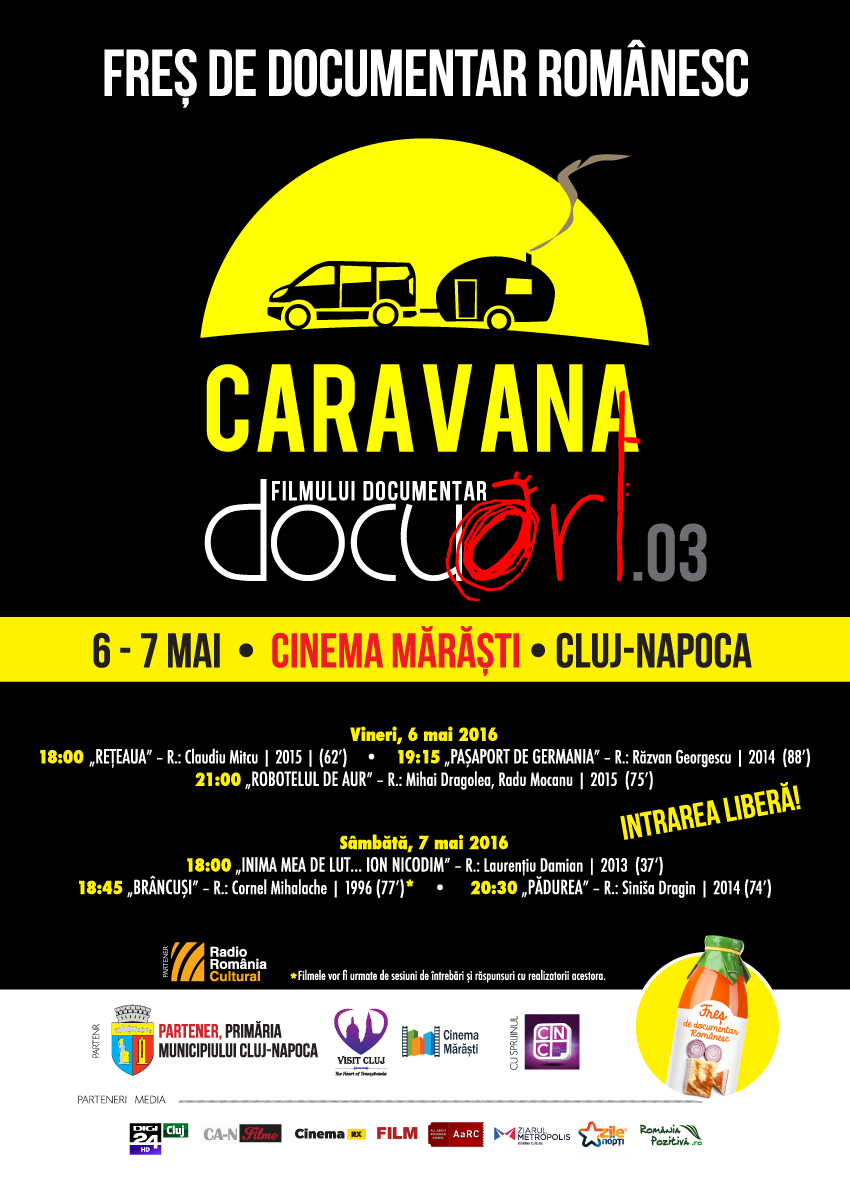 This 3rd Edition of the Caravan is to introduce a novel element in Cluj-Napoca, where film lovers will have to opportunity to view, besides the features selected to and winner of awards at the Bucharest Docuart Fest 2015, also art documentaries.
On Friday, 6 May, the Caravan's program will open at 18:00 with the documentary feature Rețeaua (The Network), made by Claudiu Mitcu, at 19:15, the feature Pașaport de Germania (Trading Germans) will be screened, directed by Răzvan Georgescu, and the night will end with the screening of the documentary Roboțelul de Aur (Golden  Robot), made by Mihai Dragolea and Radu Mocanu.
Saturday, 7 May, will be the day dedicated to art documentary features. The cinema essay, selected in the official competition of the International Festival of Films on Art (FIFA), Montreal, 2014, Inima mea de lut… Ion Nicodim (My Clay Heart… Ion Nicodim ), directed by Laurenţiu Damian, will be screened at 18:00. Cornel Mihalache signed the documentary scheduled at 18:45, Brâncuși, followed by a talk with the maker of the film. The Caravan will wrap up its program with Pădurea (The Forest), directed by Siniša Dragin, a Serbian-Romanian co-production.
Details: Docuart.ro