„The Christmas Gift”, awarded at FICBUEU 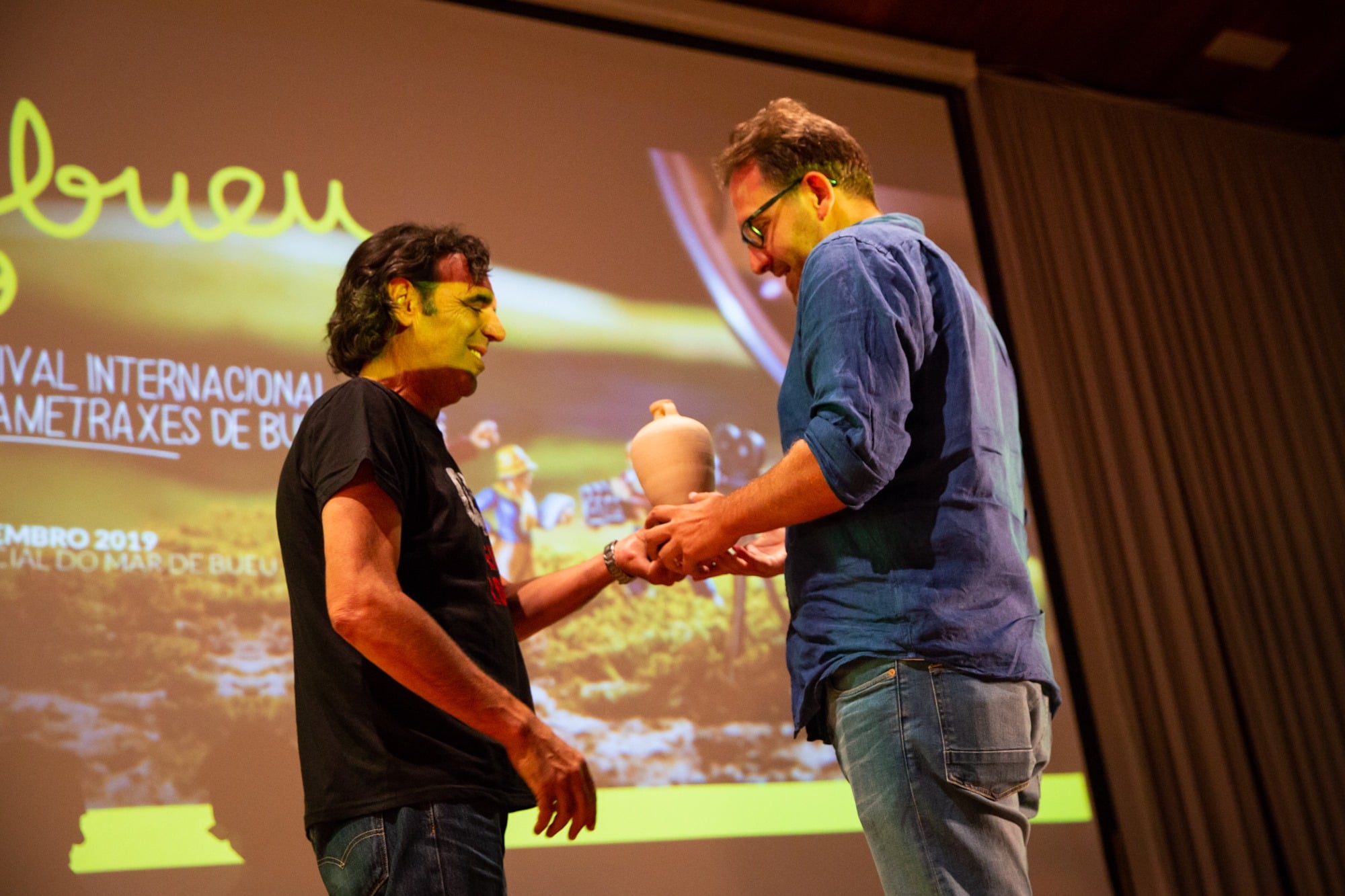 The Christmas Gift / Cadoul de Crăciun, directed by Bogdan Mureșanu, won three awards at the International Short Film Festival in Bueu, Spain. The 12th edition of the festival took place from September 6 to 14, 2019.
The Christmas Gift won the Big Award of the Jury (Ánfora de Oro), as well as the awards for the best actor (Adrian Văncică) and for the best screenplay.
The letter that a boy wrote to Santa Claus turns his father`s evening into a thriller. On December 20, 1989, a few days after the bloody repression that took place in Timișoara, to his horror, his father finds out that his son sent a letter to Santa Claus, in which he said what he wanted. The boy had understood that his father wanted Ceaușescu dead.
Details: Cadoul de Crăciun FB