Bogdan Mirică and his feature „Dogs” won the Transilvania 2016 Trophy

The film, written and directed by Bogdan Mirică, won the Transilvania Trophy on Saturday evening, June 4th, at the National Theatre of Cluj, within the closing gala of the 15th Edition of Transilvania international Film Festival. (TIFF). The Award 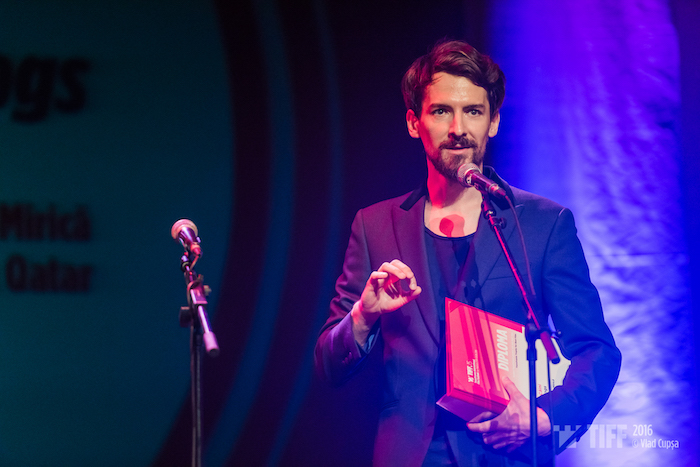 , amounting to EUR 15,000, offered by Staropramen, was handed to director Bogdan Mirică by Corina Șuteu, Minister of Culture, who stated she was impressed with the film. Câini/Dogs was also recently granted the FIPRESCI Award at the Cannes Festival.
The Jury, made up of Wieland Speck (directorof Panorama section at Berlinale), Bill Guentzler (artistic directorof Cleveland International Film Festival), MargitaGosheva (actress), Tomasz Wasilewski (director) and Cătălin Cristuțiu(editor) ruled on the winner of Best Director Award, valued at EUR 5,000 de euro: Avishai Sivan, „for the way he describes the conflict between established religion and the pursuit of truth in live” in Tikkun. David D’Ingeo, starring in  De l'ombreil y a/Where There Is Shade, got the Best Actor Award, amounting to EUR 1,000 de euro, while Monika Maydenovaand Alexander Benevgot Special Mentions from the Jury for their performance in Thirst.
The Special Award of the Jury, amounting to EUR 1,500, sponsored by HBO, went tocătre Vrăbii / Sparrows, directed byRúnarRúnarsson, the FIPRESCI Award, offered by the Jury of the International Film Reviewers Federation
to a title within the section #Animal, went to Gabriel Mascaro, for  Neon Bull. The favourite of the TIFF audience wasLa PuertaAbierta/The Open Door, directed byMarineiSeresesky, that was awarded the Audience Award for a film within the competition, sponsored by MasterCard.
Over 800 de guests, viewersand journalists watched the ceremony hosted by Tudor Giurgiu, Chairman of TIFF. The red carpet was graced by the presence of:actress Sophia Loren, Corina Șuteu, Minister of Culture, director Cristi Puiu, actors Gheorghe Visu, Dorian Boguță, Alexandru Papadopol, actresses Mădălina Ghenea, Carmen Galin, Olimpia Melinte 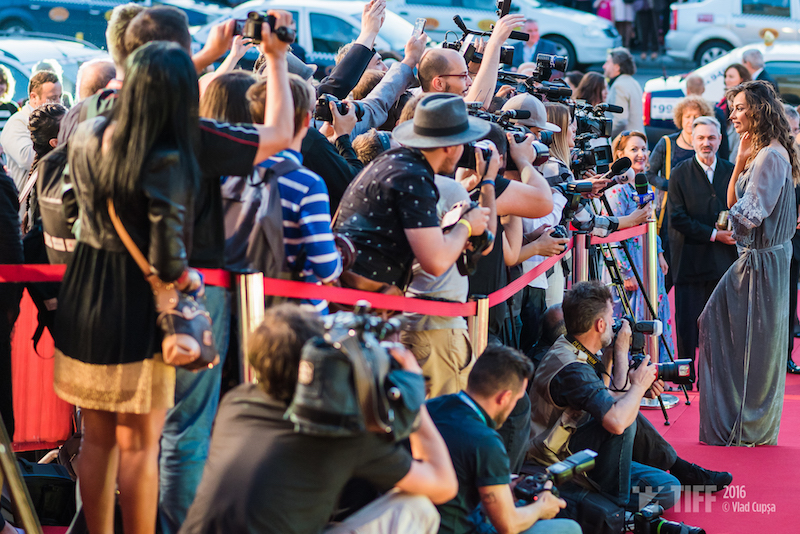 , Ioana Flora, Cristina Flutur, Rodica Lazăr, TV presenters Amalia Enache, Andi Moisescu, Cătălin Ștefănescu, Pavel Bartoș and Cabral.
Tudor Giurgiu introduced the star guest of the evening, actress Sophia Loren, distinguished with the Entire Performance Career Award, handed out by Mădălina Ghenea. Talking in Italian and rewarded by the audience with a big round of applause, Sophia Loren said she was extremely touched and promised to come back next year as well.
Carmen Galin was granted the Excellency Award,handed outby and sponsored by Mercedes-Benz. The actress thanked the Festival and the audience, stating that „it is a joy to be thus honoured in Cluj, the town where I saw my first movie in a theatre, which left its mark on my entire life”. ActressOroszLujzathanked through a video message for the honour of being granted an award for her entire career. The Special Award for Contribution to International Cinematography went to producer Iain Smith, at his second visit to Romania, with which he fell in love during the shoot forCold Mountain. The latest feature by producer of Mad Max: FuryRoad had a screening attended by over 1,500 viewers in Unirii Square of Cluj.
A surprise prize, the Special Award –Transilvania 15Trophy, presented by Mihai Chirilov, artistic director of TIFF, went to director Cristi Puiu, a filmmaker who kept close to TIFF since the Festival's first edition, and who has stirred the most powerful emotions and reactions in the audience during the 15 Festival years.
Gabriel Achim was granted, for his film Ultimazi/Last Day, the Romanian Film Days Award, feature-length film section, valued at EUR 6,000, consisting in post-production serviced offered by CinelabsRomânia. He expressed his special thanks to the actors, among which Mimi Brănescu and Rodica Lazăr. The Romanian Film Days Award for Debut, amounting to EUR 1,000, went to Discordia, made by the young Ion Indolean, resident of Cluj.
The Romanian Film Days Award for Short Film went to Roxana Stroe for O noapte în Tokoriki/A Night in Tokoriki. Roxana Stroe won the same Award last year for Black Friday. A Special Mention within the same category went to Mă cheamă Costin/My Name is Costin, directed by Radu Potcoavă, who declared he wished to see all over Romania the same audience as in Cluj. The Best Short Award within the Shadows section, valued at EUR and sponsored by Shorts TV, went to Saint Frankenstein, by Scooter McCrae. Special Mentions within the Shadows-Shorts section went toThe Pond, byJeroenDumoulein, and to SisterHell, directed by Fredrik S. Hana.
The third Edition of Transilvania Pitch Stop brought into focus young Romanian directors with developing projects, winners of awards at the pitching sessions to Romanian and foreign producers and filmmakers. WithinTPS, designed
for directors at their debut or at their second feature, two awards were granted: Transilvania Pitch Stop Development Award, amounting to 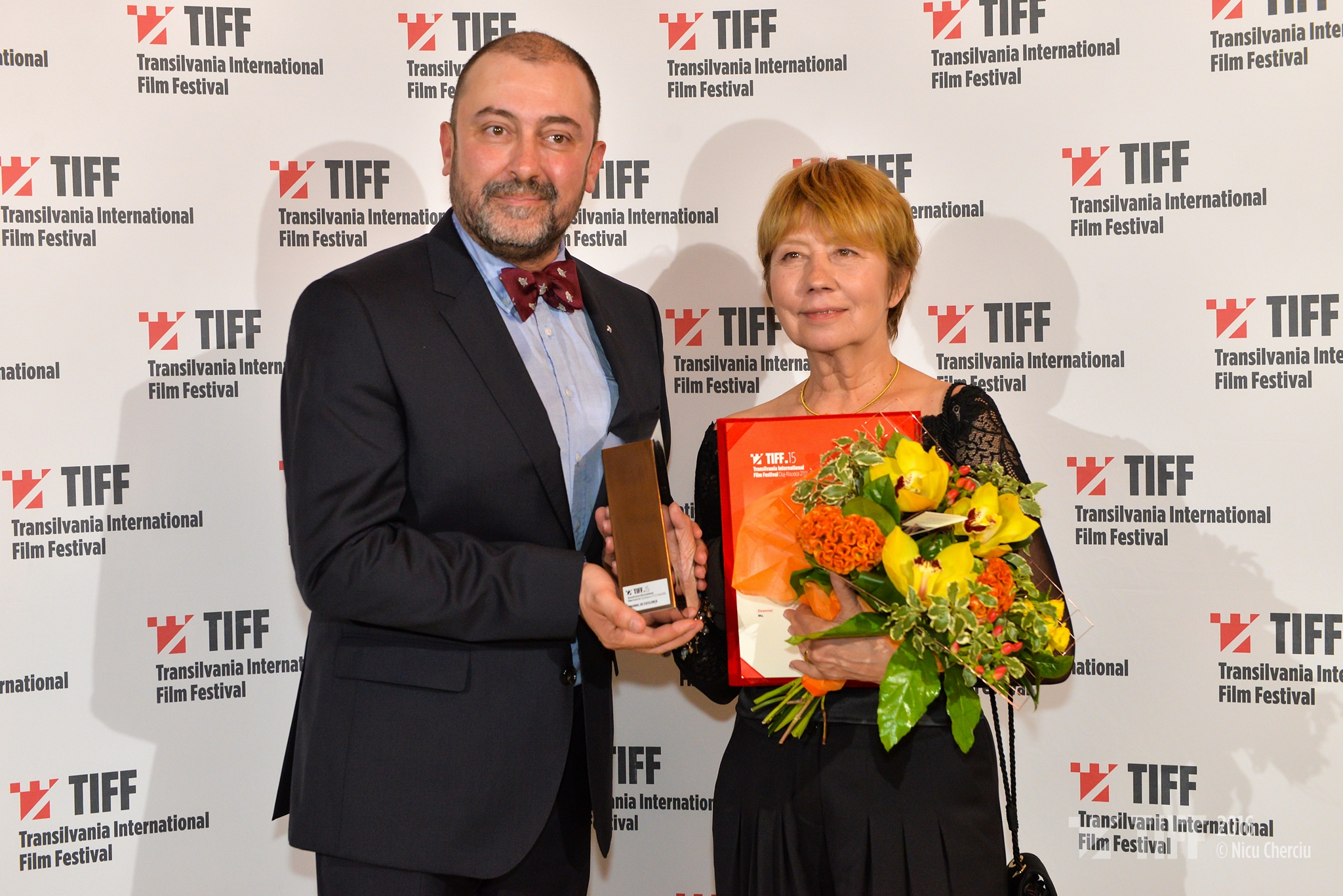 EUR 2,000, offered by TIFF, and which went to the project by Marius Olteanu, Scor Alb/Blank Score, 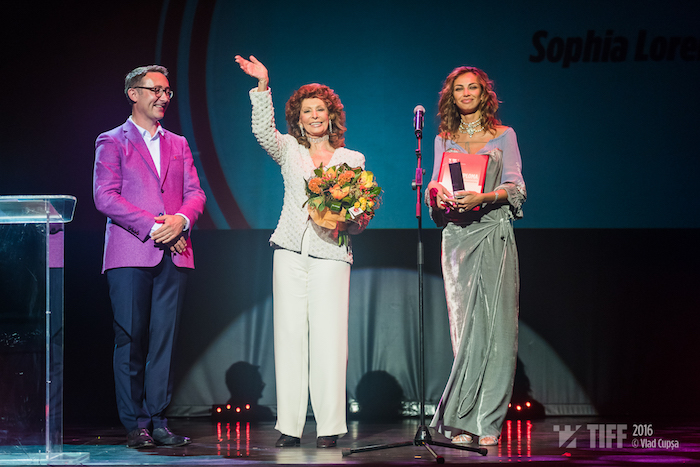 and Transilvania Pitch Stop CoCo Award, offered by Connecting Cottbus Co-Production Market, went to Grigore Becket, f
or Viața în Moscova/Life in Moscow. The Pitch Competition Award, offered by Shorts TV, amounting to EUR 5,000, went toAndaPușcaș, for her project SOL.
TIFF rewarded this year as well the features made by local filmmakers: the Local Competition Award, amounting to EUR 1,500, sponsored by Transilvania Bank, went to Investițiaperfecta/The Perfect Investment, byIbolyaSim
ó. The Special Mention within the Local Competition, valued at EUR 300 and sponsored by the Paint Brush Factory, went to The Light that Memory Lends to Things, directed by AnaVijdea.
The Let’s Go Digital! Award, for Best Film made within the teenagers' film workshop, offered by UPC, went to Azivin/I'm Coming Today, by Călin Boto, Andrada BăleanuandAgata Olteanu.
The Young Francophone Jury Awardsponsored by TV5 Monde,RFI România and the French Institute went to Je me tue a le dire/I'm Dying to Tell You, directed by Xavier Seron.
The outfits of theactors of the 10 for FILMprogramme, presented on the stage during the closing gala, as well as the outfits wore by Tudor Giurgiu and Cristian Hordilă, manager of the Festival, were ensured by Tudor. Personal
Tailor.The outfits of the actresses of the 10 for FILM programme were ensured byMuza Events. The TIFF award giving ceremony will be broadcast on June 12th, from 21.10, on TVR1.
Transilvania International Film
Festival (27 May – 5 June 2016) is organised by the Association for the Romanian Film Promotion and by the Association for Transilvania Film Festival. With the support of: Ministry of Culture, National Filmmaking Centre, Town Hall and Local Council of Cluj, Romanian Cultural Institute, County Council of Cluj, CreativeEuropa – MEDIA Programme of the European Union. Institutional partners: the Japan Foundation, Embassy of Israel inRomania, Em 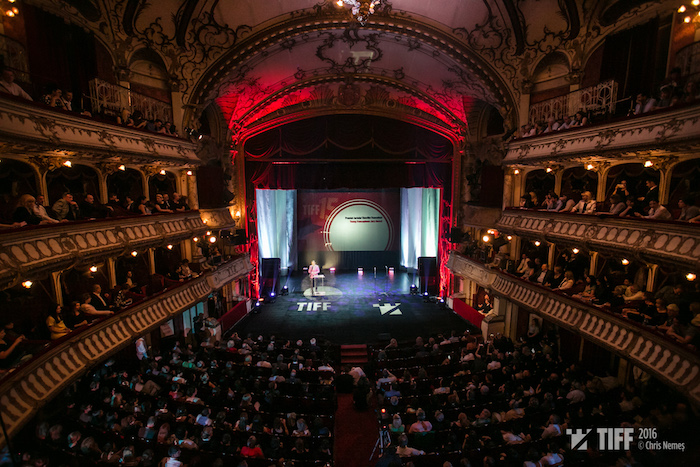