On Monday night, in the presence of a large audience, the 12th Edition of the Bucharest International Film Festival was kicked off, with the premiere of the feature Soy Nero (directed by Rafi Pitts), at Elvira Popescu Cinema within the French Institute. 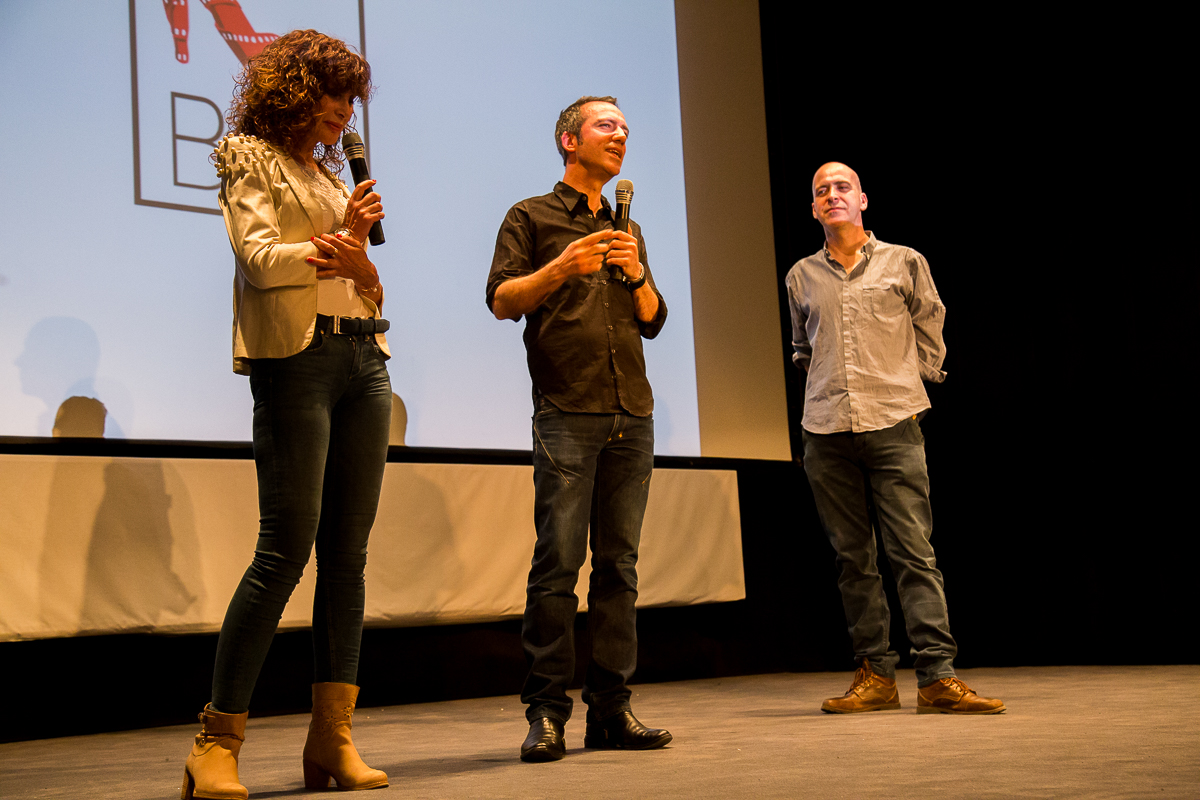 Before the screening of the film, the floor was taken by the Festival's organisers and guests. Dana Dimitriu, manager of BIFF, and Sylvain Auzou, artistic director, presented this new edition and the selection of the 2016 features. Afterwards, speeches were also delivered by Christophe Gigaudaut, manager of the Bucharest French Institute, and by Virgil Ștefan Nițulescu, manager of the Romanian Farmers' National Museum (MȚR), who discussed the complicated situation of Romanian theatres.
Then Iranian director Rafi Pitts presented his feature, Soy Nero, the screenplay of which he wrote together with scriptwriter Răzvan Rădulescu. The film will be also screened on Thursday, 21 April, at 18.00, at MȚR Hall, the viewing being following by talks with the audience.
BIFF will unfold during 18-24 April, 2016, at Elvira Popescu Cinema and at the Romanian Farmers' National Museum in Bucharest, bringing the audience a series of award-winning films to festivals world-wide.
Details: Program