”Poor Ioanide”: Faces from the book

I`m trying to put myself in the shoes of some possible viewers from nowadays who, by chance or out of curiosity (in the optimistic scenario), accepted to spend more than two hours in the company of the character called Poor Ioanide. Actually, my attempt is more to try to guess what questions my imaginary friends would ask themselves; these questions are actually important because the answers to them will decide if they will be left with something after the adventure of meeting a film from 1979. If we are talking about a student or a young intellectual who bothered to read George Călinescu, he may not like the film, because of its blending two novels - the one that the film took the title from and “Memories from an Old Chest of Drawers” – into one screenplay (the author is Eugen Barbu); and one reason for that is the favouring of the latter, which rightfully 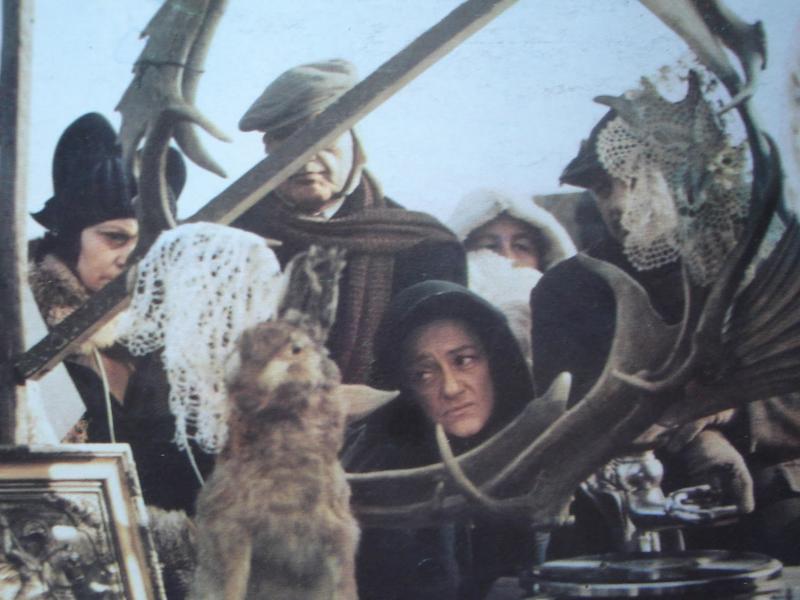 has been considered the most conventional and most conformist novel out of the writer`s entire prose, by the literary critics. Here, our hero of today (we can call him that since we placed ourselves into fiction) wouldn`t be far from the critic`s perspective who signed then and now. We should let him discover, search the joy in discovering other component of the film.How about imagining another young viewer, a film lover who knows something about the baroque quality and the fantasmatic explosions from Dan Pița`s creations? I suppose he would be disappointed by the bareness of
recreating a world of those from the past and another one that was imagined by the refined George Călinescu, the subtle connoisseur of interiors that pleased the eyes and fed past vanities. Besides the efforts and the talent of a decorator like Virgil Moise, how can you put on screen the distinction, the originality and “the class” when our studios had the Brumărescueternal chairs as the ultimate element of luxury?
I saw them serving all the epochs, over and over, Dimitrie Cantemir`s 17th century, the middle 19th century, the beginning and the end of the 19th century, etc. As for the picture of the political earthquakes from the `40s, with incursions into the hectic history of the legionary movement or into the confused one of “the instauration of the popular power”, it could be found in other films that advanced better on this thin ice. What is left to the viewer from today, as the reason of pleasure, out of this ambitious, but tormented confrontation of the filmmakers with the most imposing narrative structure of Călinescu`s work?Maybe what represents the very core of the prose of a paradoxical novelist who won a Balzacian bet in a time when the Proustian style was expanding the huge, impressive gallery of the human portraits taken from a world which was at the dusk of 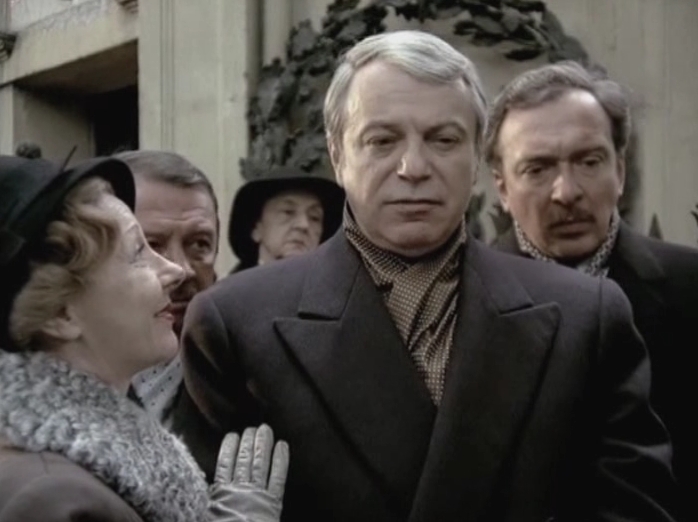 a history with all the drama, the twisting, the ridicule, the grotesque, the degrading brought by the guillotine of time. And here, Dan Pița`s
talent of imagining characters that need no psychological analysis in order to define themselves, but the mirror that each of them hands to the other and that talent was perfectly fit with the pictorial style of the writer.
The personality of the selected actors, the metamorphosis of some of them, supported by Svetlana Mihăilescu`s costumes, by Florin Mihăilescu`s science of the close-ups, I think that even nowadays still asserts faces that seem to be taken right from the book. You can`t even tell which one to prefer: the versatile collectorBonifaciuHagienuș (TănaseCazimir), the greedy trader Manigomian (Petre Gheorghiu), the ill-fated hunter for high positions GonzalvIonescu (Gheorghe Dinică), the scared PanaitLittle Soul (Mihai Pălădescu), the tough princess Hangerliu, the proud, ready to die (Olga Tudorache), the cynical legionary archangel Max Hangerliu (Ion Caramitru), the son PetrișorHagienuș who tenderly defends “the auntie`s tomb” (Dorel Vișan), the snob Angela ValsamakyFarfara, a great admirer of Ioanide (Marga Barbu).I left the protagonist behind on purpose, the one who goes from the one end of the first novel to the other and who is to be found in the second novel as well, without being in the center of attention. Choosing the painter Ion Pacepa to play the architect Ioanide, is not essentially inadequate. The artist`s beauty, his sculptural profile remind us of the very portraits of the writer. The character on the screen…is far from being “the nice, jaded man” from the books, “with an impenetrable face”, from the dreamy constructor of some great monuments, from “the charming man” described by Valsamaky. Not daring to give him too many acting directions, Dan Pița introduced Ion Pacea to us more as an object of admiration: intellectual appearance, photogeny of the often used image of handling the pipe, abstraction from reality and mystery. The dubbing of his voice was very inspired and the actor who`s voice was used was George Constantin, He brought the necessary shades, colour and especially a subtle irony to the character.