About one year ago, the production of the short animation feature World War Cup was kicked off, produced by Puls Digital Production, with the support of the National Filmmaking Center. 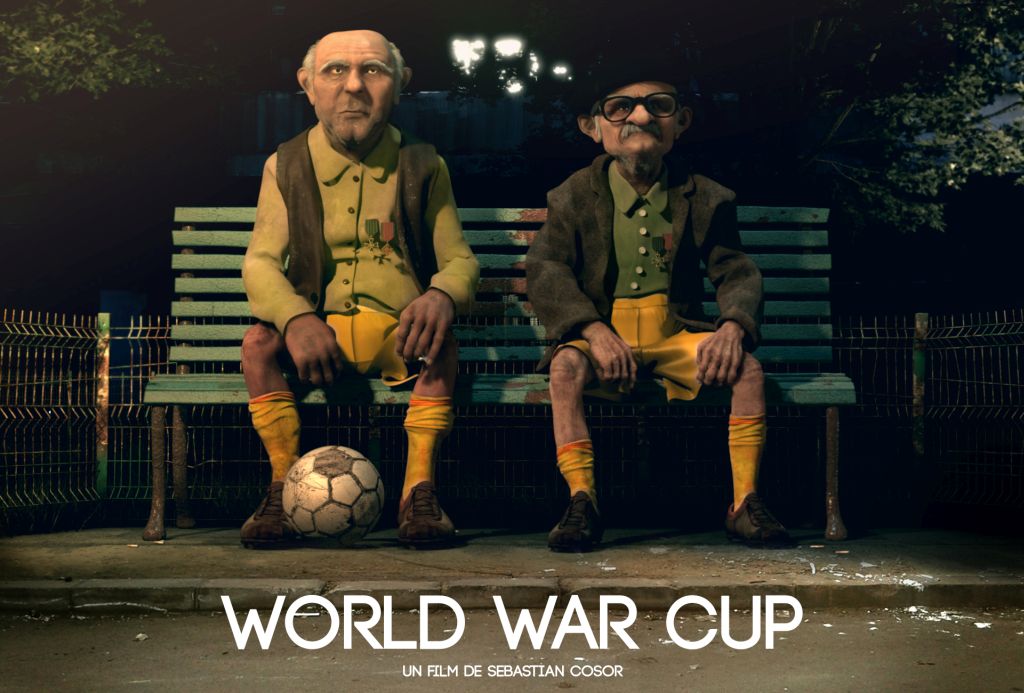 World War Cup follows the story of two war veterans who fight a battle between regrets and memories, between their deeds on the battle field and their post-war life and who, accidentally, encounter during a football match the last opportunity to get rid of the burden they lived with their entire lives.
Directed by Sebastian Cosor and produced by Mihai Mitrică, the animation feature is to be launched in the Festival circuit in 2017.
Details on: World-war-cup.com // Facebook