Anca Damian and Serghei Chiviriga, in the Competition of the “Animator” Festival, in Poznań 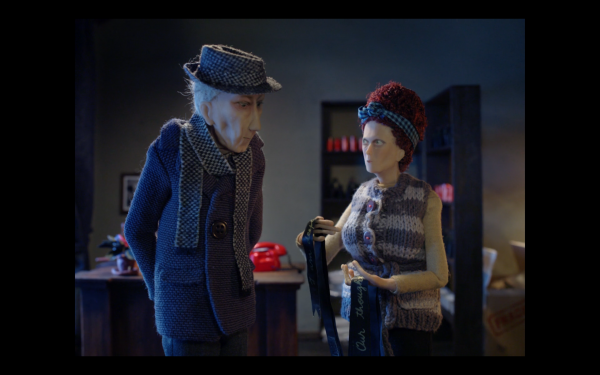 This year`s edition is dedicated to the memory of the polish animators Jan Lenica şi Walerian Borowczyk, who by the end of the `50s of the past century revolutionized the world of animation by using the cutout technique, which later on was used by many animators all over the world. With the support of ICR Warsaw, the organizers of the festival included in this year`s program a cutout animation workshop held by Dan Panaitescu, the main animator of the film Crulic – the Path to Beyond / Crulic - drumul spre dincolo, directed by Anca Damian, a Romanian-Polish co-production made mostly using this technique. Among other festivals, the film was awarded alo at the “Animator”

Festival, in 2012. On July 12, a special screening of Crulic is scheduled, in the presence of the director Anca Damian and of the animator Dan Panaitescu, who after the screening will join the Q&A with the audience and the animated film professionals.
The “Animator” Festival is the most important event of this type in Poland. It includes over 300 animation productions from all over the world. The event has the status of the Oscar Awards qualifying film festival, for the animated film category.
Details: icr.ro