Ana Ularu, Leading Role, Next to Keanu Reves in the Thriller”Siberia”


Ana Ularu and Keanu Reeves have the leading roles in Siberia, the thriller about an American diamond trader (Reeves) and the woman he loves who are caught in a lethal crossfire between the buyer and the federal intelligence service. The Canadian-American-German production, directed by Matthew Ross, will have its international premiere on July 13, in New York. A first excerpt from the film is already in the international media and it represents a scene with the two leading actors. 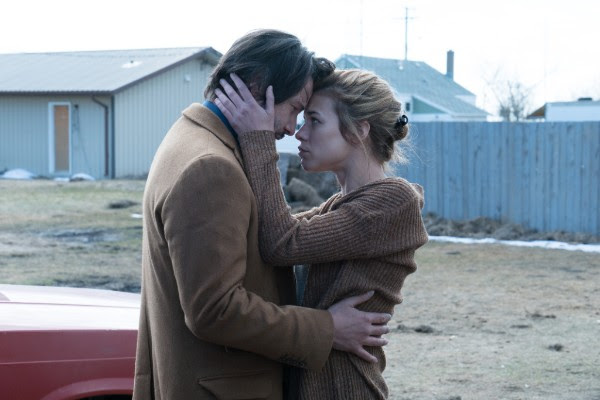 Siberia follows Lucas (Keanu Reeves), an American diamond trader, who travels to St. Petersburg to sell rare blue diamonds of questionable origin. As the deal begins to collapse, Lucas goes to Siberia in search of his partner who disappeared in an inexplicable way. It is here that he suddenly falls in love with Katya (Ana Ularu), a café owner. The scene of the teaser launched yesterday shows the moment when Katya, Ana Ularu`s character, starts guessing that Lucas (Reeves) is in trouble.
“You cannot play this role unless you have a very strong character, and Ana is a force.” Gabriela Bacher, one of the film producers says. The director Matthew Ross added: “She gave the character exactly what we hoped for. Ana brought this project a lot of passion and an absolute, very strong energy.”
“She is so courageous, her heart, her spirit and craft – she is an actress with great experience.” Keanu Reeves said about Ana Ularu.
Alongside Keanu Reeves and Ana Ularu, Siberia also features Pasha D. Lychnikoff, Dmitry Chepovetsky, James Gracie, Eugene Lipinski, Rafael Petardi, Veronica Ferres and Molly Ringwald. The film is directed by Matthew Ross (Frank and Lola) and it has a screenplay written by Scott B.Smith, based upon a story written by him and Stephen Hamel. The shootings took place in Winnipeg, Canada and Sankt Petersburg, Russia. Siberia is produced by Keanu Reeves and Stephen Hamel`s Company Films, together with Gabriela Bacher from Summerstorm/Film House Germany, Braden Aftergood and David Hansen.
In theater, Ana Ularu currently stars in 8 shows in Bucharest, at the ACT Theatre, Bulandra Theater, Comedy Theater, Godot Theater and Metropolis Theater. For her part in “One Intervention”, a play written by Mike Bartlett at the ACT Theater, she received the UNITER Award and the Undercould Festival Award for Best Actress in 2017. She works a lot with the actor and director Radu Iacoban.


These days Ana Ularu is part of the Edinburgh International Film festival (June 20 – July 1), presided by the director Michael Powell. In the festival she is also present in a British short film Lift Share.