We met her on the set of the Romanian-American co-production Far from Here, in which she plays a part, alongside Maria Dinulescu and Andi Vasluianu.
Ana Pasti went to the USA with a Fullbright scholarship in order to do her Master`s Studies in acting. She has been living in LA for a few years already, she studies, plays in stage performances and in films, teaches acting classes. It is there that she met again Maria Dinulescu and ever since, they`ve been supporting each other in the competitive Hollywood film industry. Ana says that the acting technique that she had learned in Bucharest at the”IL Caragiale” National University of Theatre and Film is not that different from what they teach in the US. What she gained from this experience is more on the personal development  level, her self esteem is higher now. Of course it is very difficult to live in two cultures that are so very different, but the effort is rewarded.
Now she is engaged in two film projects in the US; then she intends to make a short film based on the screenplay she had written. She has the financing and all she needs is to find a director that she can communicate well with. 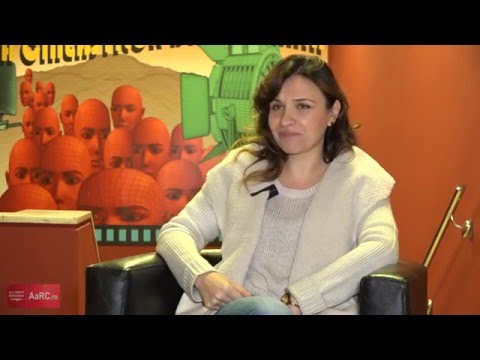