The “Mihai Eminescu” Romanian Cultural Institute in Chișinău will grant the Grand Prize of the CadRo Section, at the 13th Edition of the CRONOGRAF International Documentary Film Festival (12-18 May 2016). 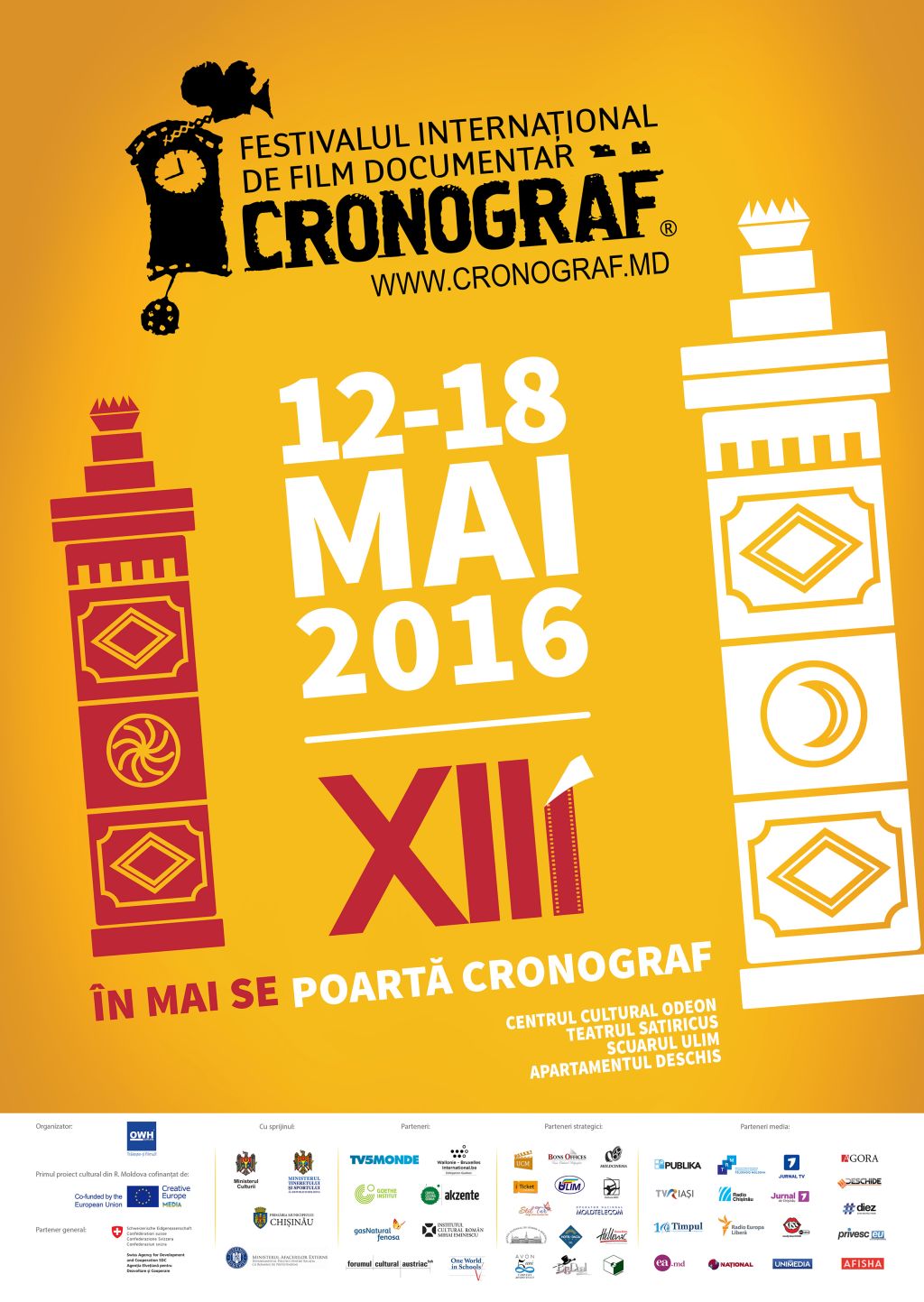 The value of the prize granted amounts to EUR 1,000.
The CadRO Section includes documentary features about Romanians and Romanian communities everywhere, made by Romanian and foreign authors. Also, in the main section of the Festival, two Romanian films are participating: Aliyah DaDA (directed by Oana Giurgiu) and Rețeaua (The Network) (directed by Claudiu Mitcu).
The Festival is also setting up a series of related events, such as a talk on education through cinema, attended by representatives of the Ministry of Education, by teachers, by members of school cine-clubs and by foreign guests, an workshop for film reviewers attended by reviewers Cătălin Ștefănescu and Dan Alexe, an acting masterclass hosted by Cristina Fluture and another one on „Film career at festivals”, having Pavel Cuzuioc as a guest.
Among the guests of FIFD CRONOGRAF, there will be organisers of many film festivals in Romania: TIFF Cluj, SIMFEST Târgu Mureș and Stone Film in Piatra Neamț, who will talk to local filmmakers about the participation conditions to the respective festivals and their agenda.
Details at: Cronograf.md