You Could Have Watched “Monsters.” Here, from September 27

In order to raise awareness regarding the situation of the fewer and fewer cinema halls where Romanian films can be watched, Transilvania Film intended to mark the locations in Bucharest which not long ago attracted hundreds of film lovers every day. “You could have watched Monsters. here, from September 27” is the message addressed to the viewers by means of some banners placed on the 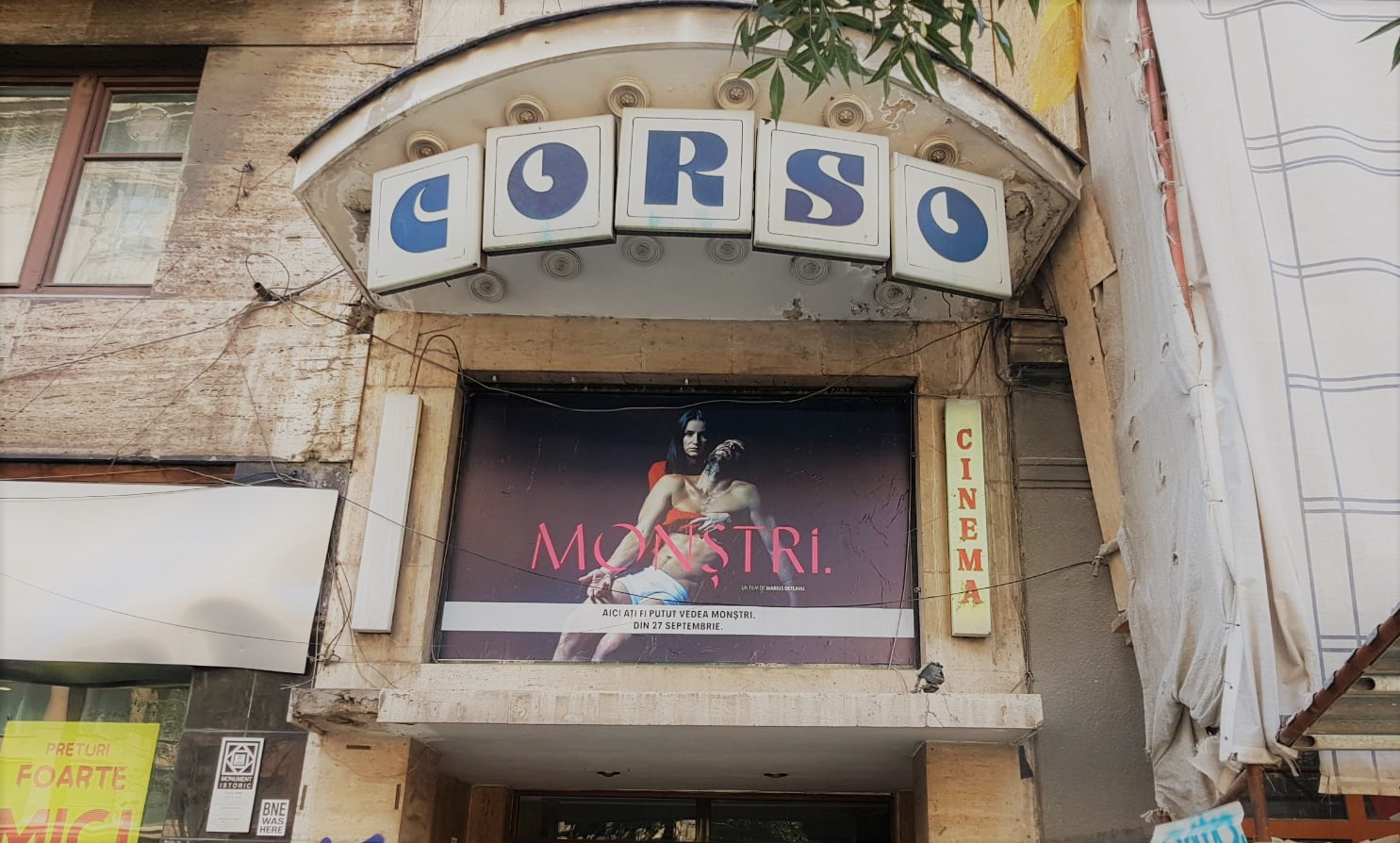 frontispieces of the Corso Cinema and Studio Cinema. By means of this campaign the film distributor brings to the public attention the dramatic situation of the cinema infrastructure from our country, as a result of abandonment, degradation and disappearance of the cinema halls.
Ten cities gather over 70% of the viewers and in the great majority of the towns, there is no cinema house left, which makes it difficult for the people to have access to Romanian and European films.      The statistics show that we are the European country with the fewest cinema theatres per population in Europe. It`s a paradoxical situation: more and more Romanian films receive important awards in all the prestigious international festivals every year and the cinema halls in Romania are fewer and fewer. If in 1990 the art cinemas infrastructure included approximately 450 locations, nowadays only 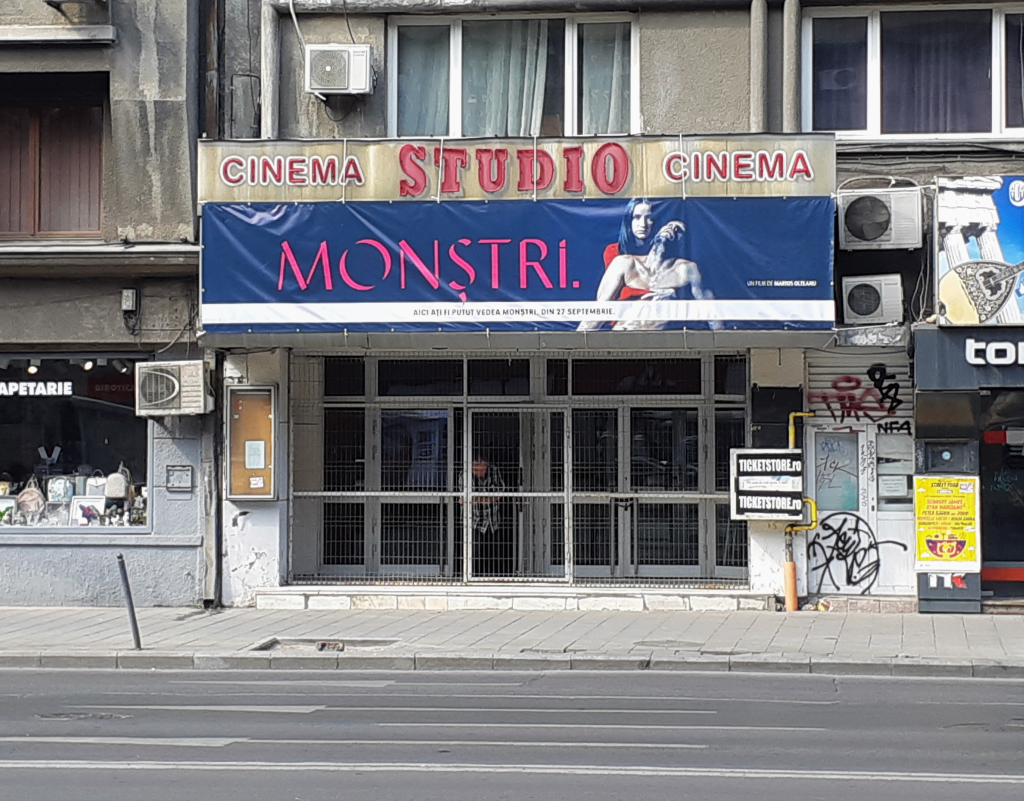 90 cinema halls still function and most of them are in the commercial centers and belong to the private sector.
Cinema Studio (previously known as Magheru or Carpați) functioned in the center of the capital in a building from 1940, raised based upon Jean Monda`s plans. This is the place where the screening of the Cinematheque started, in 1964. The last few years, this cinema hall had become the host of the most important film festivals in Bucharest, but the degrading state of the building impelled its closing down, right after the issuing of the law that prohibits any activity inside any location with seismic risk.
In 1934 the Corso Cinema opened, on Queen Elisabeth Blvd, no.27, in the communist period. The cinema hall has 273 seats, it was digitalized in 2011, but today its doors are still closed.
For the two cinema halls and for all the other ones that have been closed down these past 30 years, there has never been a real alternative and the opportunities for the viewers to watch Romanian films on the big screen decreased considerably. The film lovers are invited to discover Monsters., by Marius Olteanu in most of the cinemas that still exist in Romania, since September 27. Presented in premiere at the Berlinale, the film received the best Debut Award of the Romanian Film Days section, at the 18th edition of the Transilvania International Film Festival, the Golden Mimosa Award for the Best Screenplay at Herceg Novi and the Big Prize at Sofia.
A Parada Film and Wearebasca production, the film presents a day, possibly the last day in the life of a couple. Dana (Judith State) and Arthur (Cristian Popa) are in front of the most important decision. She needs confirmations. He wants company. They`ve shared the same bed for years, but for quite some time they don`t seem to walk the same road. What are the chances of survival of a relationship fuelled by compromises and social pressure? The lack of assuming the responsibility and the lack of communication can ruin marriages, but love doesn`t bring out monsters.