A New Issue of “Close up” 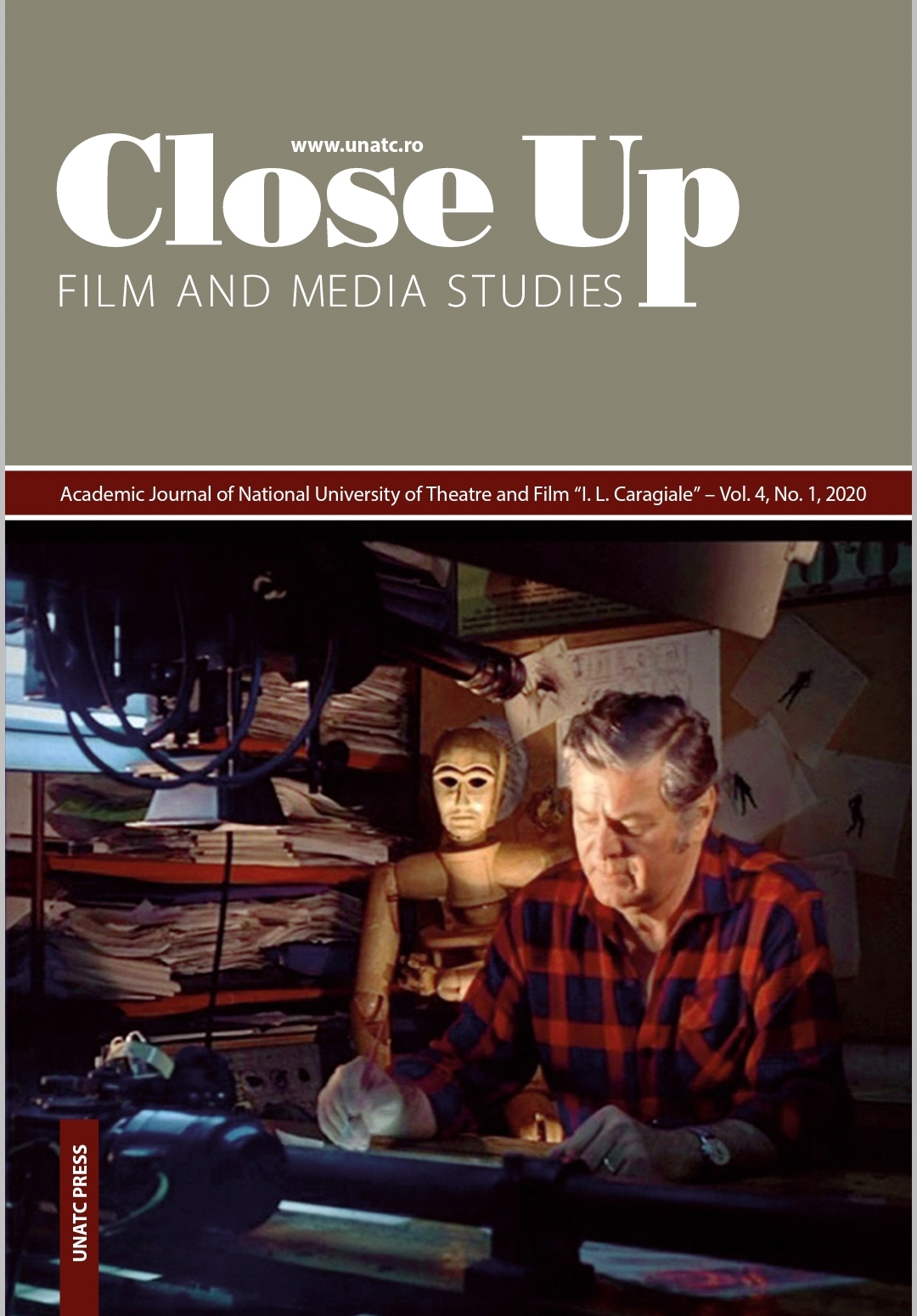 A new issue of “Close Up”-no 1/2020-, the academic journal published by the National University of Theatre and Film “I.L.Caragiale” with the support of The Romanian Filmmakers` Union, is so presented by the main editor, Dana Duma:
‘Our new issue of “Close up”, written and published in the times of pandemic, is mainly dedicated to diversity in cinema. First of all, we celebrate animation, “the other cinema”, so superficially known, on the occasion of the 100 year anniversary of the first Romanian animated film, Păcală in the Moon (Păcală în lună) (1920), the lost short film signed by Aurel Petrescu. Two articles in this issue are covering animation films, “The animator’s hand trope in Romanian animation” by Valeriu Căliman, mostly dedicated to the work of
Ion Popescu Gopo, the first Romanian to win a Palme d`Or, and Dorina Pricop`s “Fair Use and Disney`s Fairytales”, which analyses the concept of fair use, more precisely the way parodies and pastiches are free to use parts of well-known protected works without the consent of copyright holders, in order to criticize clichés.
This issue continues our efforts to analyze major tendencies in Romanian cinema. This constant concern of our contributors is illustrated by the texts “The atmosphere of the inter-war era of the Romanian village in the The Moromete Family / Moromeţii şi The Moromete Family 2 / Moromeţii 2 films by Stere Gulea” signed by Smaranda Cristina Sterian. The profile of Romanian cinema is completed by the reviews of new books published this year on different aspects of Romanian cinema, such as “The Transition Film: Contributions toward a critique of Romanian 1990s cinema” by Andrei Gorzo and Gabriela Filippi, “Romanian Cinema Inside Out: Insights on Film Culture and Politics” by Irina Trocan, or ‘Balkan Cinema and the Great Wars: Our Story” (editors Adrian Silvan Ionescu, Marian Ţuţui and Savaş Arsalan).
Diversity in cinema is a topic also covered by Siniša Dragin’s paper on mutual relationship between documentary and fiction film, by the “minority cinema” investigated by Liri Chapelan, or in Flaviei Dima`s piece on home movies, frequently included in other forms of cinema. New tendencies of cinema (better defined as “spreadable content”) with huge social influence, are analyzed by Irina Trocan in her text “Analogue, digital, computational. Politicized moving image`s reincarnation”.`
A new issue addressed to all interested in new tendencies in cinema and media.