80 scripts submitted at The Script Contest

The second edition of The Script Contest, a short film scripts competition, ended on January, 12, 2018. Over 80 scripts were submitted, out of which only 72 met the contest regulations. The winner of the second edition, with the theme “Portraits of a Disappearing World” will be announced on March, 1, 2018 on the TSC official website and Facebook. 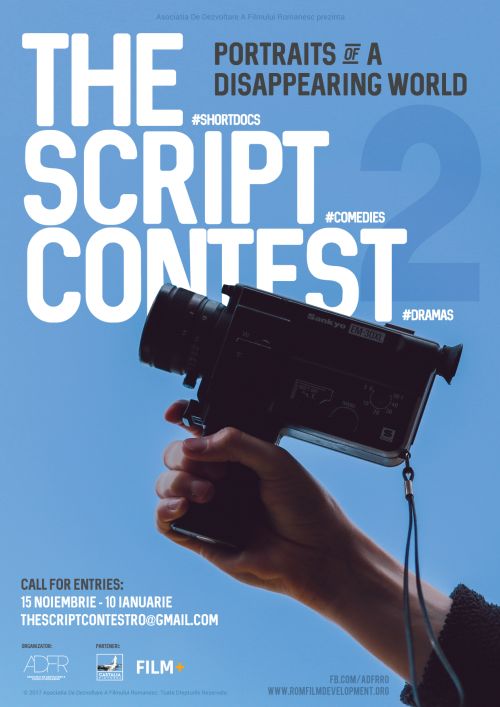 The second edition with the theme “Portraits of a disappearing world” had three favorite genres: short docs, comedies and dramas. Every participant was allowed to submit only one project; the prize is a 500 Euros check and the production of the script within a year after the contest is over, with the financial support of Castalia Pictures and FILM+.
The jury is made of five active people from the Romanian film industry: Paul Negoescu (director), Alexandra Safriuc (script writer and artistic director SHORTSUp), Yvonne Irimescu (director NEXT Festival), Massimiliano Narduli (member of the selection board for festivals like NEXT, Timishort, Brest, Divan, etc) and Laura Mușat (film producer and ADFR founder).
Details: www.romfilmdevelopment.org // www.thescriptcontest.com