Liviu Tipuriță spent two years researching for The New Gypsy Kings, the documentary he made for BBC about the industry and the culture of Manele in Romania. Out of approximately 300 hours of raw material, the director edited 60 minutes for the British television, in which he sketches the connections between the Manele singers and the Romanian mafia, as well as between the success of the Manele and the diminished popularity of the traditional Gypsy music.
The New Gypsy Kings was at the 2016 Astra Film Festival during a special event, preceded by a Kana Jambe and Dan Bursuc concert. After the screening was over, Dan Bursuc, Gheorghe Anghel (Caliu) from the Taraf of the Haidouks, Puiu Gheorghe (Florin Salam`s manager, one of the film protagonists) and the director LiviuTipuriță went up on the stage. At the end the Taraf of the Haidouks played their music. 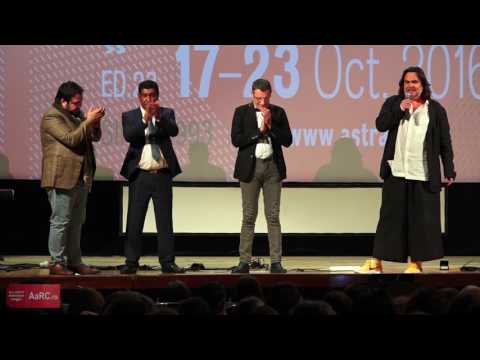