‘It’s about a train transporting radar equipment that was supposed to cross over Romania in 24 hours and arrive at the frontier with Serbia in order to back up the NATO operations taking place in the area. The train is unexpectedly stopped for five days in a village, somewhere in the Bărăgan, and each day is a film chapter focused on a group of characters." (Cristian Nemescu)

MediaPro Pictures
MediaPro
Temple Film
with the support of CNC

Doiaru: ‘Fuck the U.S.A, Fuck NATO, Fuck Bill Clinton and fuck that lady from Bucharest. This is my station!’

Cristian Nemescu about the film:
‘Right after having graduated from film school, I had a lot of ideas about all kinds of characters. At some point I went somewhere near the village MihaiBravu and I was very inspired by the girls living there, who were very moved by the fact that Americans had come to their village. My ideas weren’t really consistent as a whole until I had heard that coverage story about the train from ‘99, meaning the real story, which suddenly summed up all the ideas I had had and turned them into a script. (…) That train from ’99 had to carry radar equipment, but they didn’t have all the paperwork because everyone had rushed to let the train to pass and no one imagined that someone might have a problem with that; at some point, it was stopped in a very small railway station, near Craiova, a few kilometers away from where it was supposed to arrive. The station master zealously examined all the CFR (Romanian Railway Network) rules from A to Z and found out that something was indeed off. At a higher hierarchical level no one wanted to be held responsible for having let the train continue on its path. The train was stuck there for half a day, after which it carried on and reached its destination, but the irony was that by then it was already useless. To cap it all, it was stopped again on its way back because the paperwork was still not in order.’ 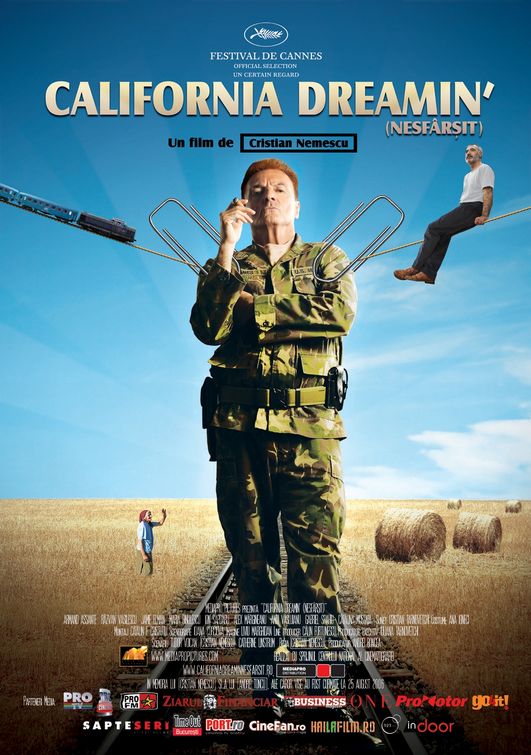