Synopsis: On June 29, 1941, the Jewish residents of the city of Iaşi were rounded up and beaten, shops and homes were looted, and most of the men were shot or crowded onto trains, where they later died of asphyxiation. While Germans took part in the pogrom, the majority of the perpetrators were Romanian policemen, military officers and civilians. How can a film deal with this crime?

IESIREA TRENURILOR DIN GARA/ THE EXIT OF THE TRAINS EXTRAS 1 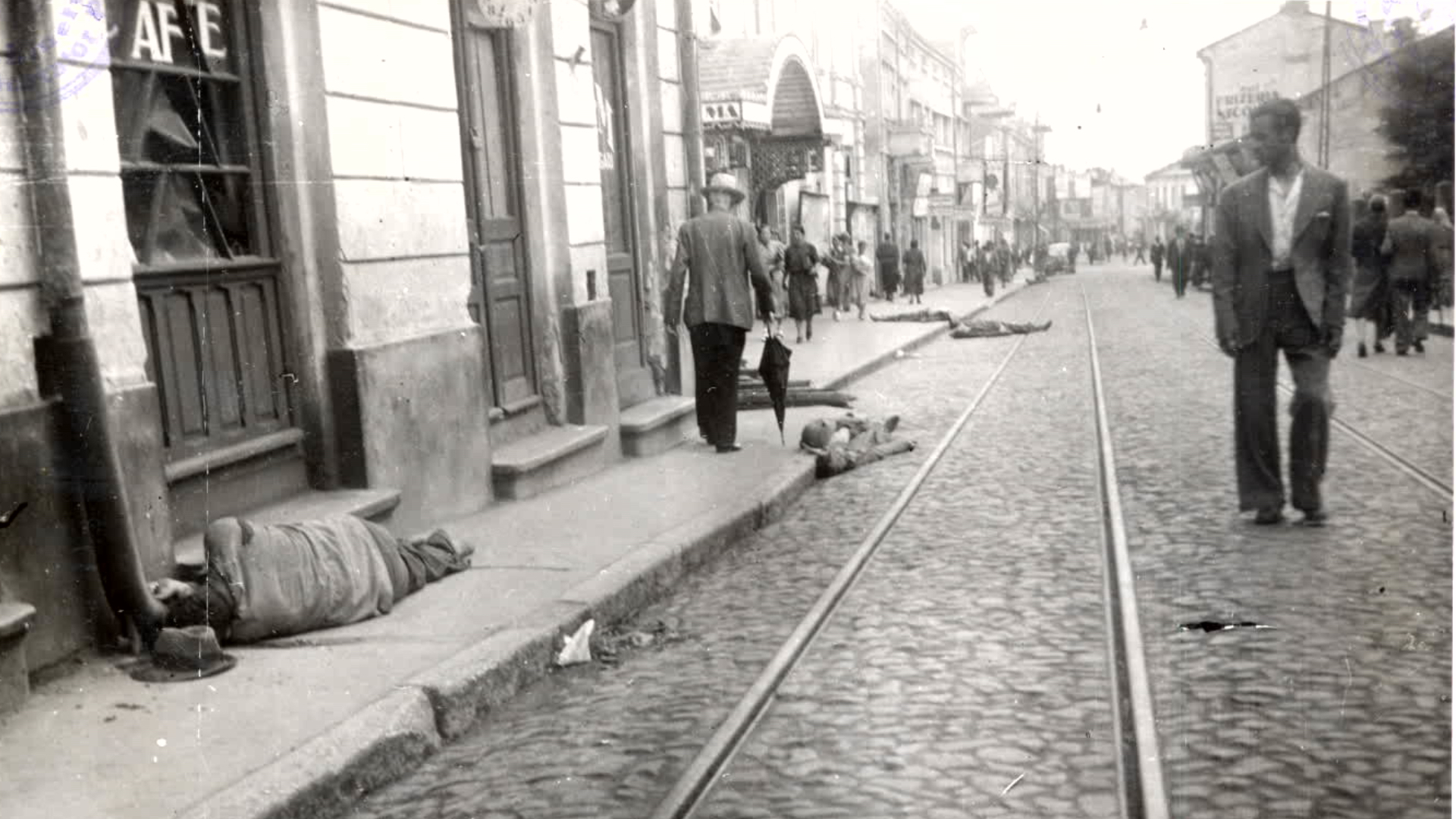