Synopsis: An ex-convict struggles to survive by brute force alone in a turn-of-the-century slum in Braila. Codine (Alexandre Virgil Platon) is the thug who served 10 years for murdering a friend. He returns home to his miserly mother, whose penny-pinching ways infuriate her son. A young boy looks up to Codine, and through the man's eyes he sees the economic and social injustices from an adult perspective. When Codine kills another man who violated his trust, his mother becomes more unhinged and paranoid. Thinking her son will steal her hoarded money, she plots to kill her only son. The impressionable child watches in horror and amazement at the cruel machinations of the adult work that surrounds him. Adaptation from the novel „Codin” by Panait Istrati. 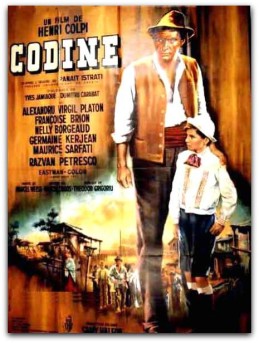