Graduate of the Institute of Theatre and Film "I.L.Caragiale" (year 1964, class Octavian Cotescu).

She makes her debut on the National Theater’s stage in Bucharest in the part of Veronica Micle from the play “Eminescu” directed by Sica Alexandrescu. Starting 1978 she will be part of the Little Theatre’s team. In 1990 she puts the basis of the Levant Theatre.
Theatre offers her the most important parts in her career hence the greatest satisfactions. Blonahova in “The Barbarians”, Margareta in “The Master and Margareta”, Margueritte Gautier in “Camille”,  are only  a few of her unforgettable parts. Even if she is often chosen for film parts, film has much less to offer her than theatre and no part played by her in film measures her sensitivity and internal vibration.
“Her creations belong both to earth and abyss, her heroines scan some of the most delicate and sinuous psychological zones, she speaks a lot through her silences and knows how to express a lot without words being needed, while she would have so much to say. The woman who knows how to accept life’s full blows - this is the feminine prototype  that becomes her talent , that of an actress that combines delicacy with tragism, tenderness with drama” (Cornel Cristian, Magazin Estival Cinema, 1984)
“She belongs to the actors cathegory that are mastered by the need of perfection.She is not a person of half measures whether we speak of feelings, tone etc.She wants the most of what she can offer.And she offers a lot, much more than film ever proposed her. Her soul overflow rarely finds matchging parts. But, nonetheless, she gives herself  entirely as  only great actors do” (Nicu Stan, Cinema, February, 1986). 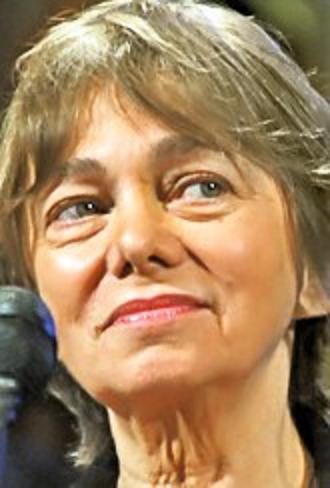