Graduate of the “I.L.Caragiale” Theatre and Film Institute (class of 1971). He makes his debut on the Bulandra Theatre stage, theatre that he quits as of 1982 for the Nottara Theatre. He will become general manager of the theatre during 2004-2008.

“His charming smile - charming but with a twist, a twist full of humour -  is never ill meant. He didn’t have a prince charming’s destiny but that of the boy next door, sometimes cheerful, sometimes sad, the good guy who can always become naughty, anyway, never stuck in a certain genre. For his talent isn’t static, it is forever dynamic.That allows him to play related characters, even the same type of character, without the fear of repeating himself whatsoever. He remains, be it among  Transylvanians, South-Easterners, Oltenians, among sad or happy ones, the same Mircea Diaconu.” (Eva Sîrbu, Magazin Estival Cinema, 1980)
“Mircea Diaconu is the artist for whom the director’s concern to find diverse parts is futile. He  looks for them himself. He is in a permanent struggle with not repeating himself. Seldom have I seen such a scrupulous actor with his career; he is every step attentive(…)An intelligent actor. A very intelligent actor, a hindrance sometimes, as it may work against him as a censorship, his exceptional intuition, his slitting the wire in four… An actor of the natural that flows through his veins.“ (Alexandru Tatos,  Magazin Estival Cinema, 1981)
“He belongs to the Jean Gabin and Spencer Tracy family. With a difference that does not prioritise: Gabin and Tracy bring their parts towards the natural while Diaconu brings along his natural in the parts he plays…” (Henri Wald, Almanah Cinema, 1984)

Mircea Diaconu about:
…himself: ‘I’m a mongrel, a child and grown up mixture.” (Interview by Eva Sîrbu, Sept. 1979)
…realism in art: “Art doesn’t mean copying reality but the search and finding of senses, gestures, meaningful life details, convertible in artistic acts. Current doesn’t mean a slice of feeling but the significance of that feeling.” (Interview by Eva Sîrbu, Sept.1979)
…the relation with the film director: “I am person that collaborates, composes, heats up over a character. And if I’m doing that and I have in front of me a director with whom I cannot communicate, everything is dead and burried. I’m not that strong and not that big mouth to impose by force my point of view so I prefer to work with people that I know they understand me. I be friend and work only with good people. I mean good faith and good taste. Taste is like Euclid ‘s postulate. It is or it is not.” (Interview with Eva Sîrbu, Sept.1979)
…success: ”Enjoying success means the transition from the state of random guy to that of a person taken into account, who is unwillingly labeled with phrases, expressions, that are taken for granted   and  that people believe… But it so happens that success may not be there the second or the third time and all those beautiful phases fly away… That is why, I think, for your own benefit, it is better to pretend that nothing happened. That the said success is like a found wallet. Something that surprises you too. Not to forsee it, not to wait for it, not to count on it, not to hunt for it, especially not to hunt for it.” (Interview by Eva Sîrbu, Sept.1979) 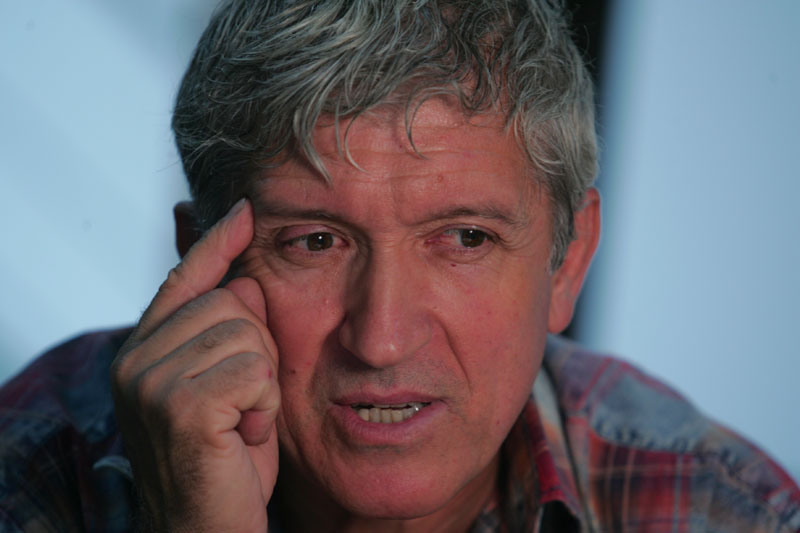