“Toni & Friends”, by Ion Indolean, will have the world premiere in Warsaw


The feature film Toni Friends / Toni & prietenii săi, săi, a Numa Film production directed by Ion Indolean, will have the world premiere during the prestigious Film Festival from Warsaw, in the Free Spirit competition. 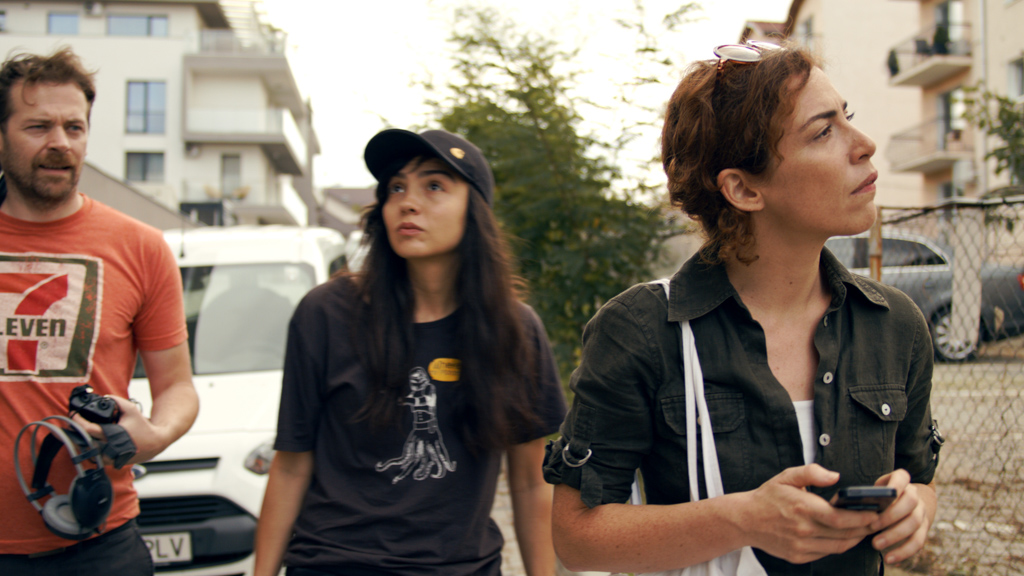 The event which reached its 36th edition takes place from October 9 to 18, 2020; it is the most important film festival in Poland and an A Category festival, according to the FIAPF classification. Toni & Friends explores the force ratios that appear while making a film and it follows the less seen, often tense parts that exist behind the creation process.
The film features the actors Ilinca Hărnuţ, Cătălina Moga, Alexandru Ion, Emil Măndănac, Gabriel Sandu, Elena Ivanca, Patricia Brad. The cinematography is signed by Horaţiu Curuţiu. The screenwriters are Ion Indolean and Adrian Cârlugea, and the sound design is signed by Cezar Enache and Sergiu Băcioiu.
The film begins with Rebeca (Ilinca Hărnuţ), Iulia (Cătălina Moga) and Florin (Emil Măndănac), three young filmmakers who are interested in telling Toni Oniga`s story.
But is Toni (Alexandru Ion) real or is he an urban legend? At the beginning we don`t know and they don`t know what to expect from Toni, this exponent of the category known as “the smart guys” who are quite many in the Romanian society and not only.
The film is built as a story inside a story – the “fiction” part contains a “documentary” segment, which was shot by the actress Cătălina Moga, at her first experience with a camera.
By choosing this aesthetic experiment approach, Toni and Friends opens a discussion about the boundaries that a professional is allowed - or not - to cross, about the deontology of the professions of the documentary filmmakers / journalists, about the possibilities and traps of the audio-visual environment. These questions follow the previous pursuits of the film director Ion Indolean, who in his feature debut – Discordia, awarded at TIFF and nominated at the GOPOs – brought to the table a study on the means of expression and the temporal limitations of the film environment.
Ion Indolean graduated the Theatre and Film Faculty of UBB Cluj-Napoca and now he is a professor there. He started his career as a film critic. He collaborated with important national publications such as Observator Cultural, PressOne, LiterNet. Then, he decided to approach film directing.
Toni & Friends is an independent film produced by Numa Film. It is the first feature film shot entirely in Cluj-Napoca which was selected in an A-Category film festival. Supported by Marty Restaurants, Narcoffee Roasters, Polaris Medical, Bamboo Fitness &amp; Spa, Absolut Vodka, the Cluj-Napoca City Hall and the Local Council.
Details: Warsaw Film Festival
(25.09.2020)