“Moon Hotel Kabul” and “Sandpit #186”, at the Romanian Cinemateque at the ICR London 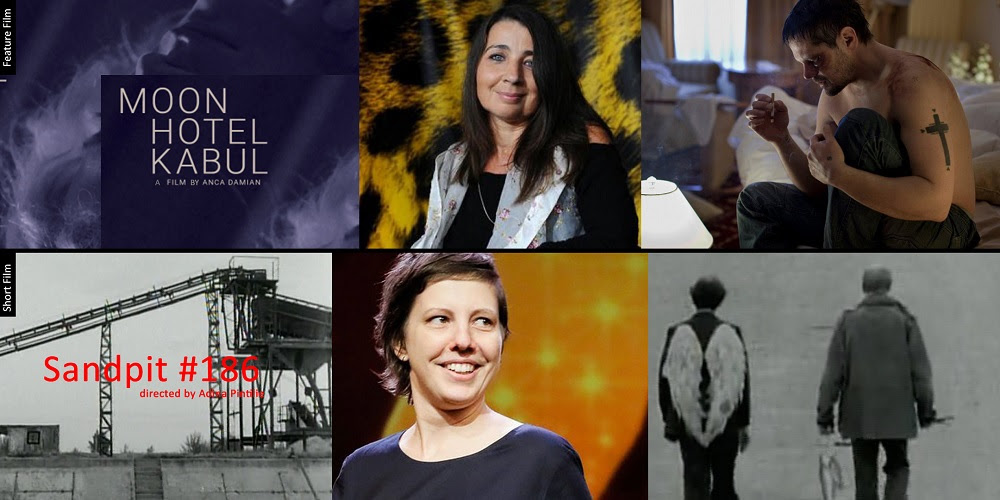 The two films are part of the Season dedicated to the women film directors, a program organized at the Romanian Cinemateque of the Romanian Cultural Institute in London in March and April and which brings together the most famous Romanian female directors, among which: Anca Damian, Monica Lăzurean-Gorgan,  Ivana Mladenović, Adina Pintilie, Iulia Rugină and Ioana Uricaru.
Moon Hotel Kabul (2018), Anca Damian`s film is a Romanian-French co-production, with a screenplay written by Anca Damian and Lia Bugnar. It`s the story of the journalist Ivan Semciuc (Florin Piersic jr.), a charismatic, but cynical man who lacks compassion. An apparently unimportant encounter with a translator (Ofelia Popii) in a hotel room in Kabul will determine a total and a sudden change in his life style. The film received the Best Director Award at the film festivals in Warsaw and Madrid, in 2018.
Sandpit #186 / Balastiera #186 (2009), directed by Adina Pintilie and George Chiper, received the Runner Up Award at the Miami Film Festival and the Special Mention at the Trieste Film Festival, in 2009. The film tells the way in which time receives a new significance once one day an unknown man appears at the sandpit by the town periphery, in the world of concrete and iron. Nothing seems to change, but things are not the same anymore.
Details: www.icr-london.co.uk