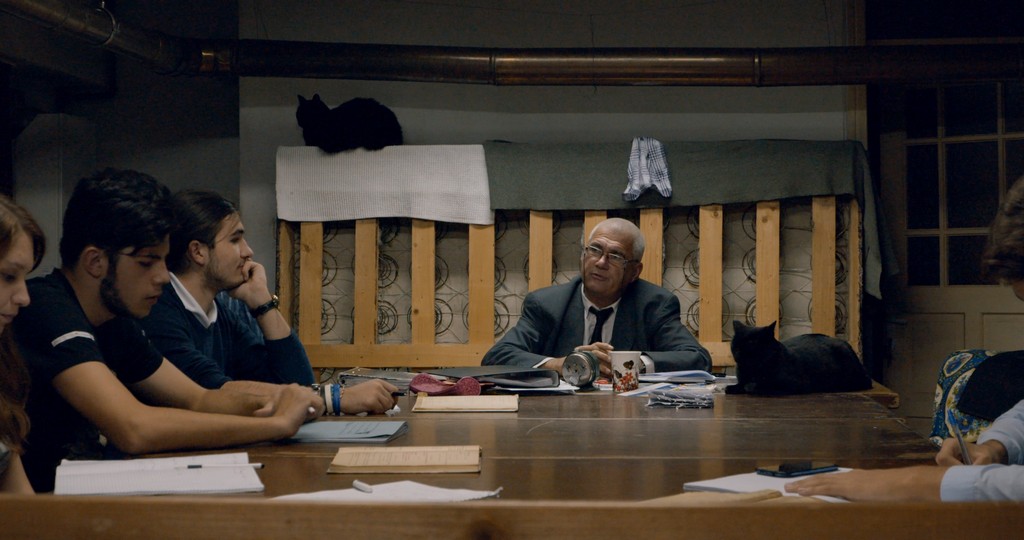 The jury statement: “This is an essential film that needs to be seen around the world. A math teacher working on the fringes of a failing educational system becomes a transformative mentor for a group of young students. Through his dedicated tuition, these young people discover the most important lesson in life: you must fall "tragically in love with what you do". For its celebration of the unconventional, for its embrace of messiness, imagination and passion in teaching Between the Seas award goes to TEACH.”
The jury was made of: Timothy Corrigan, Kapka Kassabova, Srđan Keča, Isabella Salton, Alessandro Stellino.
Present at the Jihlava Documentary Film Festival as the only juror of the main competition, Cristi Puiu gave the award for the Best Film to the documentary Fonja, directed by Lina Zacher. Fonja is about ten kids who are in a jail for minors, who took part in a film workshop in order to participate in the making of the documentary.
Details: Jihlava Documentary Film Festival // Variety