The Jesus and Mary Chan opens the second edition of DokStation


For the first time in Romania, Scottish band The Jesus and Mary Chain will open the second edition of DokStation Music Documentary Film Festival, to be held in Bucharest from 14 to 17 September 2017. The concert will take place on Thursday, 14 September, in “Mihai Eminescu” Amphitheatre. 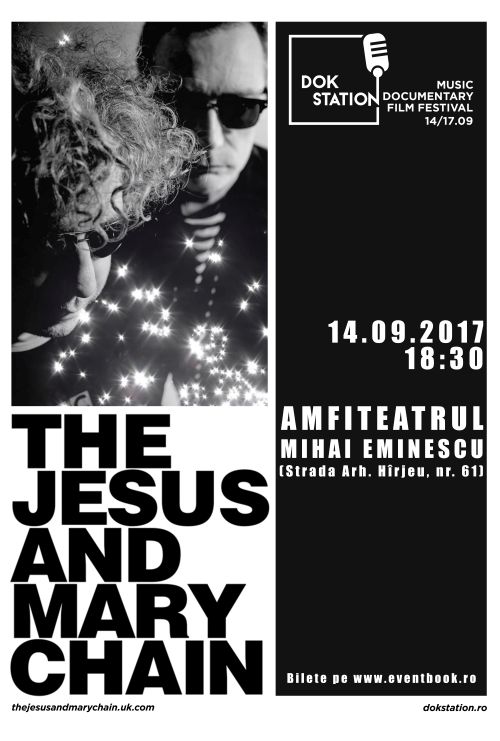 Influenced by The Velvet Underground, The Stooges, The Ramones, Einstürzende Neubauten, The Shangri-Las, in 1983, brothers Jim and William Reid set up the band The Jesus and Mary Chain. Once their debut album was released in 1985, Psychocandy, The Jesus and Mary Chain set the noise pop tone for the middle of the ’80s. A combination of noise and distortion with pop harmonies, the music of the Scottish band became a point of reference for the shoegaze genre early in the ’90s, from My Bloody Valentine to Dinosaur Jr.
After seven albums, in 1998, following multiple conflicts between the two brothers, the troupe was temporarily disbanded. In 2003, director Sofia Coppola used the piece “Just Like Honey” in the film Lost in Translation bringing back the band into the attention of the new generation. After many attempts, in 2007, Coachella Festival managed to bring them to the stage, alongside actress Scarlett Johansson.
After a 19-year pause, this year, on 24 March, the latest album and the first since the band broke up in 1998 was released, Damage and Joy, produced by Youth.
DokStation Music Documentary Film Festival is the only music documentary festival in Bucharest. The screenings, concerts, events and workshops for children and youth will be held in several neighbourhoods of our capital city.
The second edition of DokStation is dedicated to British musician David Bowie.
Details at: DokStation.ro // Facebook