Super, the Festival for Films Made by Teenagers Reached its 7th edition

One painting palette, one red boa scarf, one flamingo, one mannequin and one bobble head puppy for the car. These are just a few of the representative pobjects for the film directors this year. What are the memories that you will be left with after  Super 2019? 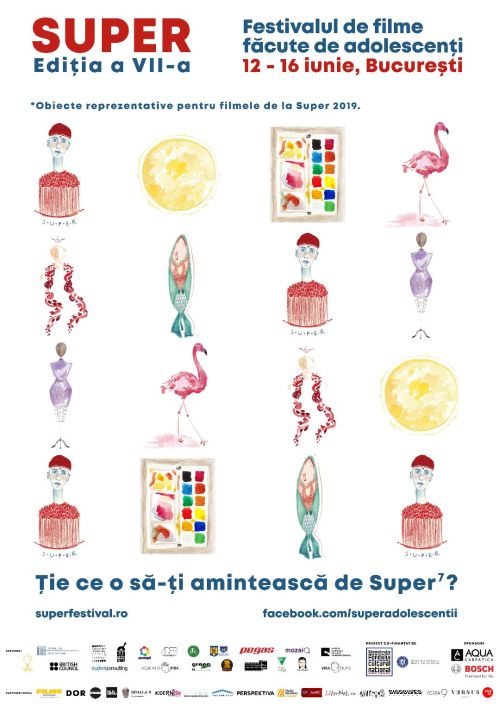 From June 12 to 16, the teenagers from all over Romania who are passionate about films meet in Bucharest for a new Super edition, which will include film screenings, parties, the art exhibition, the special screening of video-poems, named “SUPERchapter” and for the first time, the festival will hold a masterclass with the French director and producer Guillaume Massart.
This year, the Super programmers had the difficult mission of choosing from almost 500 films submitted for the two competitions, 17 films in the national competition and almost 22 films from 12 countries, in the international competition. There will be films about friendship, family, relationships, about loneliness and love, about how we fight prejudices and follow our dreams, there will be action films and experimental documentaries.
Though it is organized by teenagers, Super encourages viewers of all ages to come to the festival.
Detalii: www.superfestival.ro // facebook.com/superadolescentii