Soy Nero, directed by Rafi Pitts, will open the 12th Edition of the Bucharest International Film Festival on Monday, 18 April, starting at 20.00, at Elvira Popescu Cinema. 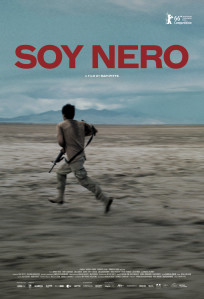 Rafi Pitts worked with Răzvan Rădulescu at the screenplay of this feature. Therefore, after the screenings, the viewers will have the opportunity to ask the director about this cooperation, as well as about any other issues related to the film.
At BIFF 2016, Bucharest viewers will also have the chance to see films such as: Brooklyn (directed by John Crawley), Ville-Marie (directed by Guy Édoin), Strangerland (directed by Kim Farrant), Anacleto: Agente secreto (Anacleto: Secret Agent) (directed by Javier Ruiz Caldera) and D’Ardennen (directed by Robin Pront).
Details at: B-iff.ro