“CASTiNG” Online Comedy Series to Be Premiered in December


On 14 December, CASTiNG, the most awaited-for online comedy series will be posted on YouTube. Olimpia Melinte, Andreea Șovan, Ana Udroiu and Romina Sehlanec will be in character playing the roles they imagined, in an independent production signed DIUD and distributed free of charge over 8 weeks, on the channel casting.series. 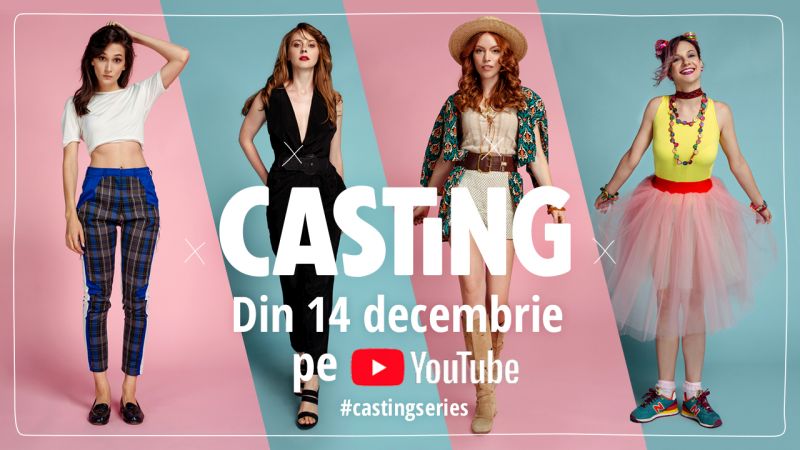 The first free of charge comedy series which helps us understand that acting is not for free, CASTiNG tells the story of four friends, actresses, always in search of success. Over the 8 episodes, Gina, Carmen, Vali and Miss, four full-blown actresses, resort to creative means to cope with professional failures and the challenges of daily life. They are ready to turn the world upside down, going through a broad spectrum of situations: sensitive, hilarious and sometimes even illegal.
Inspired from events and characters din evenimente și personaje somewhat real, the CASTiNG  series script is signed by the four protagonists, the first 8 episodes were directed by 6 young directors, well-known for their courageous approach and for the daring projects they have been involved in over time: Millo Simulov, Andrei Gheorghe, Florin Babei, Iliana Dumitrache, Roxana Andrei and Andrei Ion.
Actor Ionuț Grama, director and producer Dan Chișu, actresses Emilia Dobrin amd Dana Voicu, producer Codin Maticiuc and comedian Ionuț Bodonea (10 things) are among the stars making their presence known in the first season of the CASTiNG series, playing supporting roles and spicing up the story through savoury appearances. The shootings were made over 28 days on 15 Bucharest locations, and the production efforts involved the coordination of a team of over 40 industry professionals, experts in online content and entertainment, as well as stylists and make-up artists.
“What sets CASTiNG apart from the other products distributed freely online is the fact that a lot of work has been put into it, and it has come out so good that it might easily compete with any popular TV series. We got along great with the girls during the shootings, even if the shots took a long time and were sometimes very stressful. The fact that they wrote the scripts and were very familiar with the characters was a lot of help. As producer, I can say that the series represent a flagship to a new direction we should take, as content producers. Until the end of 2018, we intend to launch several online shows, and CASTiNG is the starting point to this adventure, and we are already making plans for season 2,” Andrei Gheorghe, one of the directors and the producer of the series, announced.
From 14 December, on each Thursday, a new episode of the newest Romanian online show will be released.
Details on: CASTiNG 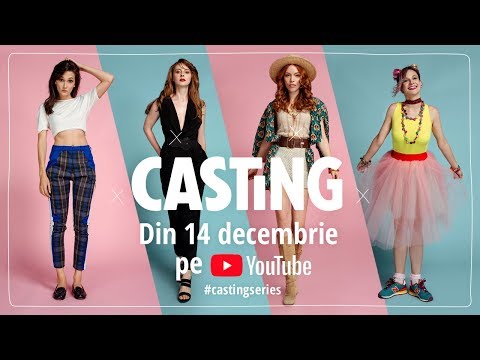