Last night, the Ukrainian film director Sergei Loznitsa went up the stage of the festival in Sfântu Gheorghe in order to receive the ANONIMUL Trophy for his contribution to the beauty of the world cinema. This moment was followed by the screening of his first feature film, My Joy. For the introducing of this film, the Romanian actor Vlad Ivanov, went also upstage. He collaborated with the 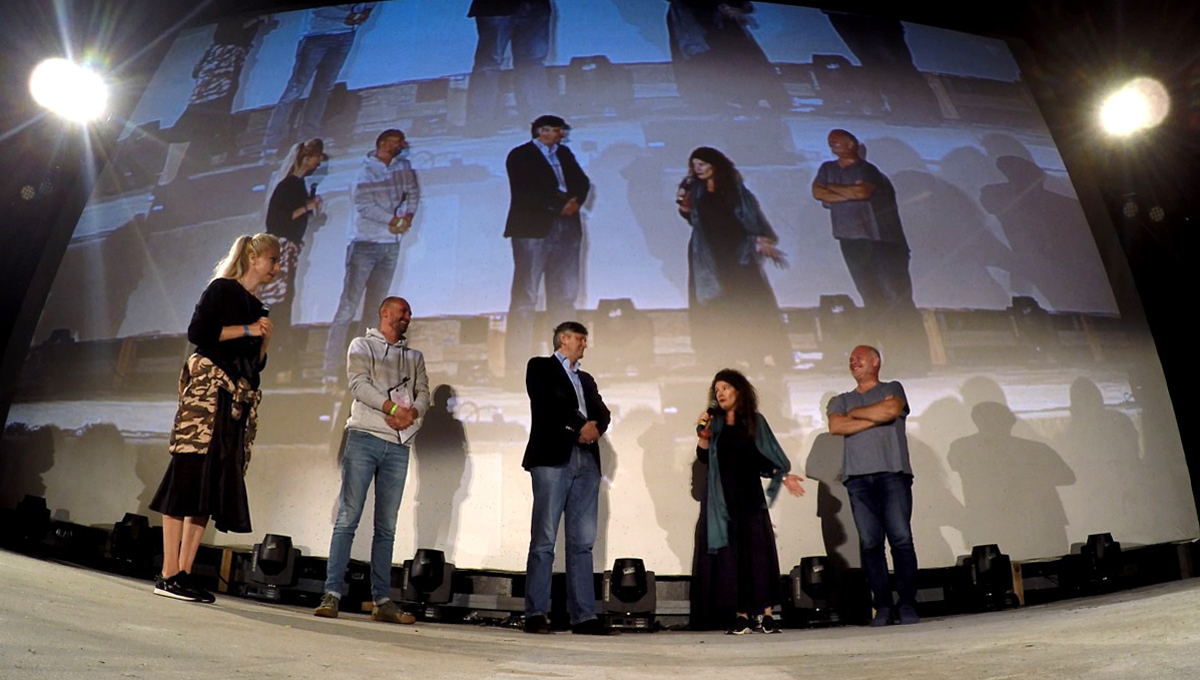 filmmaker for his first two feature films, My Joy and In the Fog.
I came to ANONIMUL straight from the editing studio of my next film, which will be screened at the Film Festival in Venice in a few weeks time. I won`t stop, not even  now, after receiving this trophy. I have many films to make, including the one that I believe will be my best one. I thank you for this award and for showing my films to the viewers”, Sergei Loznitsa said in his 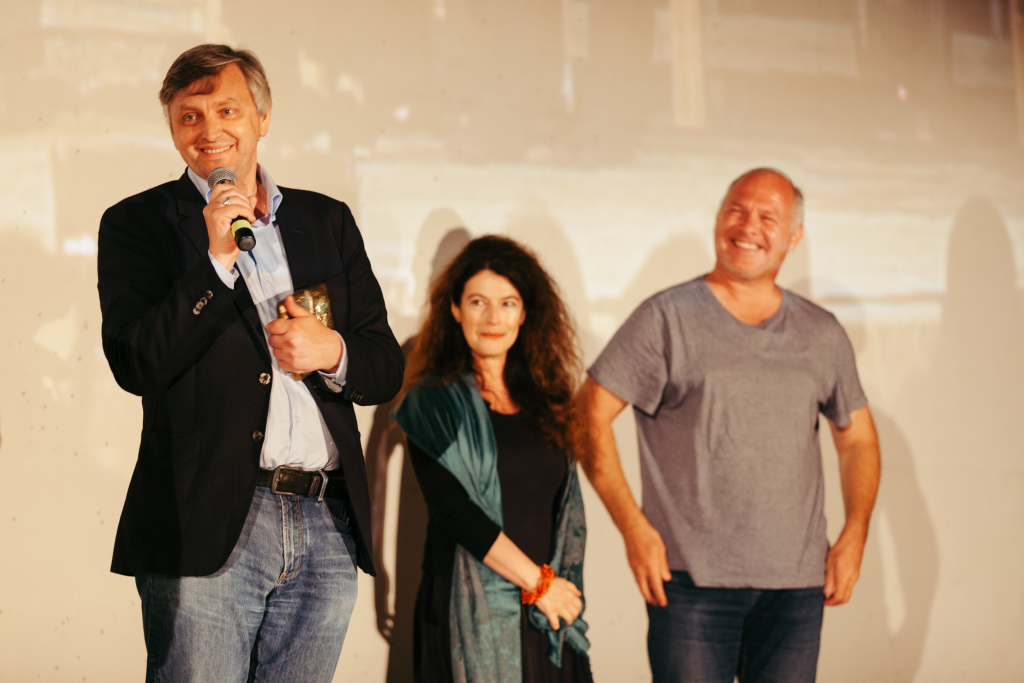 acceptance speech. Miruna Berescu, the festival artistic director handed him the award.
The ANONIMUL Film Festival dedicates Sergei Loznitsa a retrospective with seven of his films: My Joy, In the Fog, A Gentle  Creature, Donbass, Maidan, Austerlitz and The Trial. The actor Vlad Ivanov, who is also a special guest of the festival, is on the credits list of two out of four feature films made by Loznitsa – My Joy and In the Fog. Sergei Loznitsa came to ANONIMUL together with Maria Choustova, the casting director and producer who founded the film production company Atoms&Void, alongside Loznitsa. She will also attend the Q&A sessions that will take place during the festival: 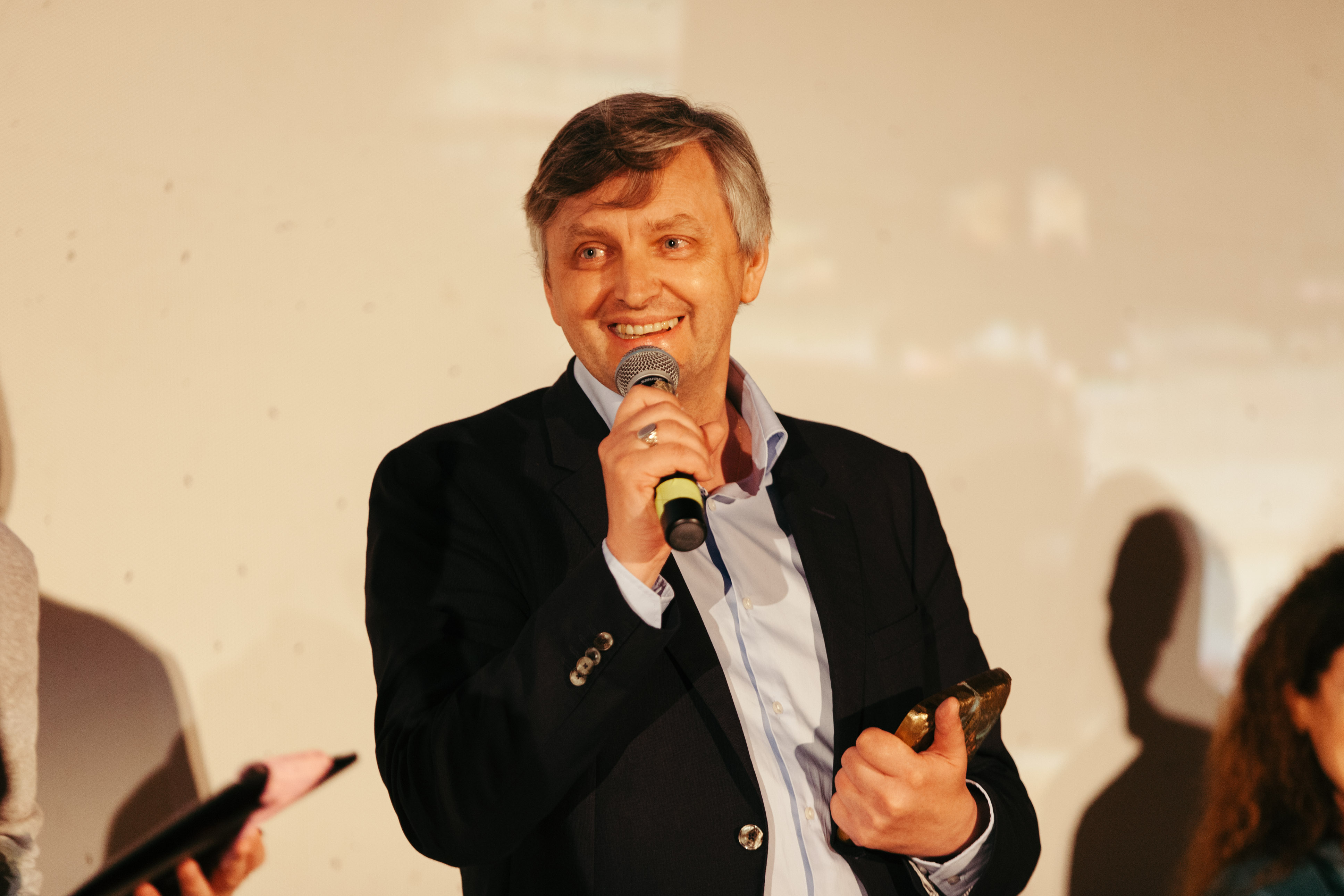 “We are lucky to have so talented colleagues in Romania, like Vlad Ivanov, with whom I`m sure we`ll work again, or with the director of photography Oleg Mutu, with whom Sergei worked with on all of his feature films, as well as many other collaborators from here. Romania is part of Sergei`s life and work.
On Saturday, August 10, Sergei Loznitsa will hold a masterclass, starting with 15:00. His third film, A Gentle Creature, will be screened before the Closing Gala of the 16th edition of the ANONIMUL International Independent Film Festival.
Details:www.festival-anonimul.ro