If, by chance, the youth of today, with their lack of appetite for the history of the „Golden Era” lived by their parents, would find out that the model for the character Bumbescu in Secretul lui Bachus (Bacchus' Secret), the famous wine counterfeiter Ștefănescu had really existed and was punished by death penalty, they would literally remain open-mouthed. A lot of enormities that happened during those times might have 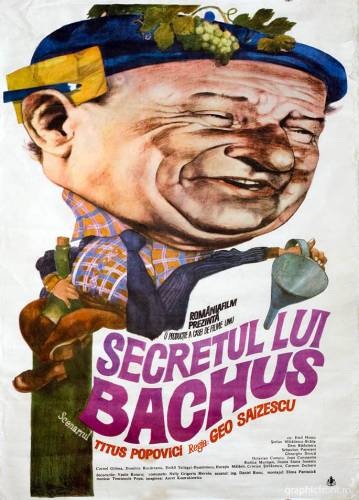 reached their ears, but to go as far as executing somebody… He did not commit high-treason, he did not sell government secrets or something.Their knowledge of the time, as little as it may be, would tell them that the above-mentioned character was nothing more than a common thief compared to the corruption of the contemporary world. So those were really unbelievable times. A guy who made wine out of chemicals (and I dare any ex-consumer swear it was not good!) and who became rich after this, to be sent to death… He had many houses, he had jewels, he had a lot of gold. God forgive me for this, but how could our youth help but not think about the big corruption taking place under their noses today – the estates, the fabulous palaces and the domains of people like Truică, Nicolae, Videanu, or the houses some built abroad? Stars who are doing ok, at most punished by house arrest – in their estates with a pool and a tennis court? These would be sufficient reasons to think that, if the film under discussion made by Geo Saizescu, after a script by Titus Popovici, could seem then, in the Orwellian yearof 1984, a courageous, though slightly plagued, comedy, 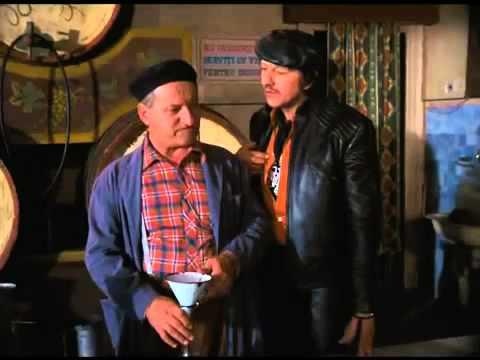 today it could only be looked upon with perplexity rather than amusement. Or with a kind of tenderness poured over ourselves, the people who lived then – lacking imagination and incapable to predict the future. Or over some of the images or scenes, like the monstrous partiesas it was the so-called engagement party thrown for the dumb daughter of Bumbescu. Here, within the confines of some nuances, nothing has changed. The weddings or the christening parties of the rich and powerful of the day, or of the politicians, have remained the same – the perfect kitsch is still in place. Maybe some more glittering was added, acquired as a result of frequenting international kitsch. The grotesque is still the same even if, less famished, the today fauna learned not to pounce at the food right away, learned to control their jaws a little. Because TV cameras are always watching. Otherwise, the film seemed to me difficult to watch, made of small pieces of a journalist's life, until the core of the story is approached and the journalist Victor Mirea (Emil Hossu, always trying to overcome his status as a young lover) is placed on the footsteps of the dubious winemaker and of the surrounding octopus. This is when we start to detect the trademark of the best screenwriter before 1989, Titus Popovici - once the scene is taken by Ștefan Mihăilescu-Brăila, memorablein the role of Bumbescu. With eyes like a hawk, displaying a colossal poetical surge („Victor, life without poetry is empty”), ordering everybody around, but also humble when the case may be, ruthless, but also like a dish cloth in the hands of his good-for-nothing daughter, Brăila puts into shadow even his great acting geniuses mates like Dinică and Dem Rădulescu. Eventually, we are left with something after watching this movie, both us and the younger generation – with a line: "Wheeling and dealing". A quote from the film.