We visited the Libra Film office right in the middle of the preparations for the 2017 Gopo Awards Gala, when the team led by Tudor Giurgiu was making the final touches to the program of the event. Then we went down the red carpet in front of the “IL Caragiale” National Theatre, where many reporters and photographers were waiting for the stars to come. Oana Giurgiu was coordinating this filming set-like action. Having learned the experience of the preious editions (this was the 11th gala) and having prepared all the details in due time, everything happened like a well-oiled machine. For the second year in a row, Alex Bogdan was the host of the 2017 Gopo Awards Gala.
Sieranevada and Câini were the great winners – each of them received 6 awards. Gheorghe Visu was overwhelmed, Valentin Uritescu thanked wisely, Ion Dichiseanu was very exuberant, LetițiaȘtefănescu refused the award. The awards for Best Set Design  – Cristian Niculescu, Best Costumes – Dana Păpăruz and Make up - Bianca Boeroiu and Domnica Bodogan went to Scarred Hearts / Inimicicatrizate.  A Mere Breath / Doar o răsuflare received the award for the best Documentary and 4:15 PM. The end of the World / 4:15 PM. Sfârșitul lumii received the Gopo Award for the Best Short Film.
Anamaria Antoci received the award for the best Newcomer, as the producer of the feature film Illegitimate / Ilegitim. The Audience Award for the domestic film with the best box office went to two films, ex aequo: Selfie 69, directed by Cristina Iacob and  Two Lottery Tickets / Două lozuri, directed by Paul Negoescu and produced by Actoriedefilm.ro.
Cinematography: Valeriu Ciubotaru
Translation: Iulia Necoara 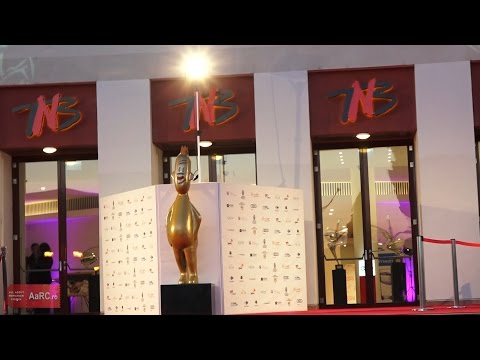