”Summer Is Over”, directed by Radu Potcoavă – the premiere - the 5th of May


Now, at the beginning of the summer, for the heroes of Radu Potcoavă`s story, not only the   Summer is Over / Vara s-a sfârșit, but also the holiday, the childhood and the innocence. The screenplay written by Cristina Bîlea became a film with two kids played by Dan Hurduc and Nicholas Bohor (Domestic, directed by Adrian Sitaru).  The action happens in a small town in the South, during the Solar Eclipse from 1999 and was shot in Cernavodă (the location was chosen by the producer Velvet Moraru). Radu Potcoavă already had working experience with children-actors after he had made  Daddy Rulz / Tatăl meu e cel mai tare with Alfred Wegeman, but this time, for some of the takes, he was supposed to coordinate about 30 kids. He embraced the challenge of this story because the dramatic episode reminded him of his own childhood.
The AaRC crew vi 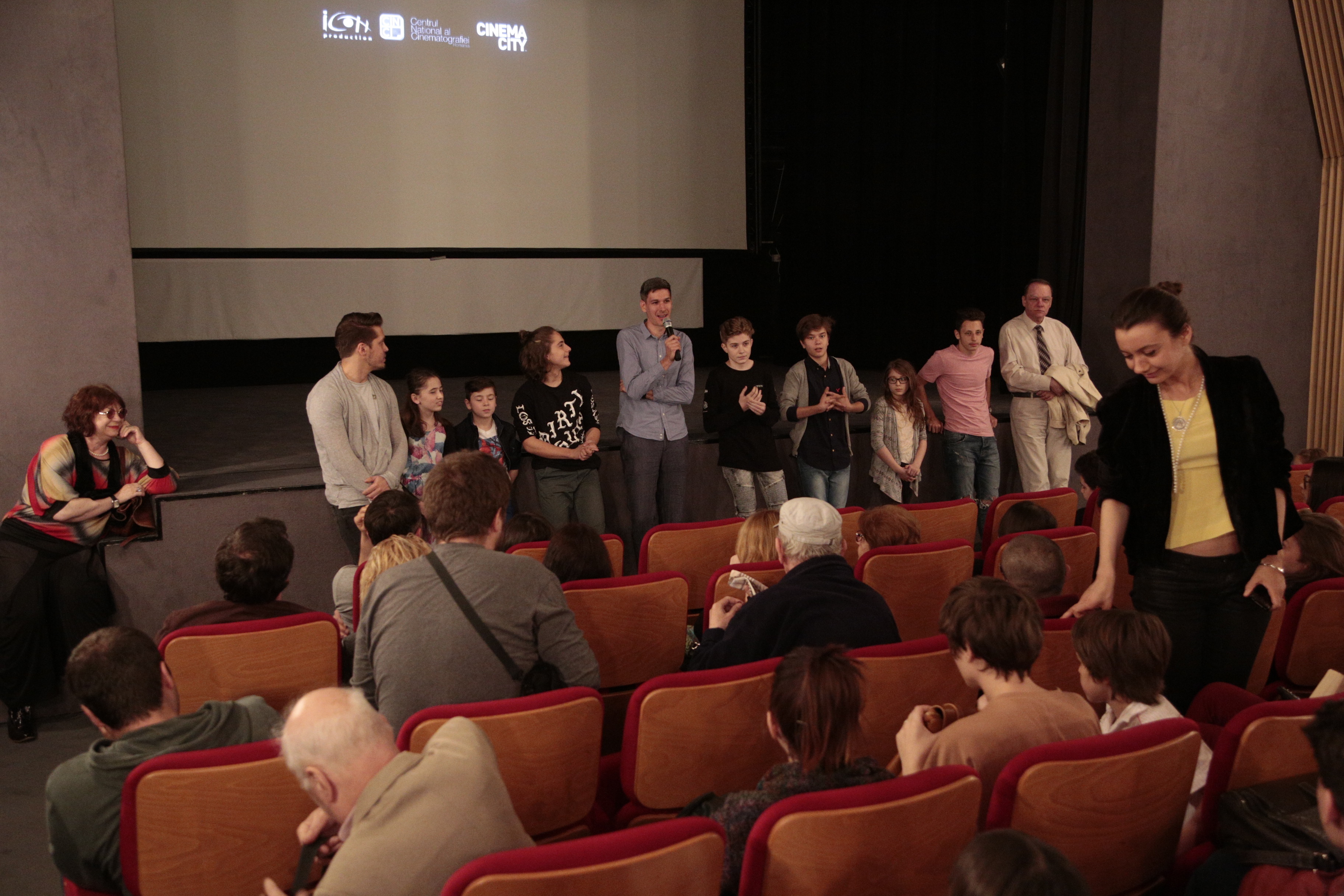 sited the set of the film  in the summer of 2015. From the moment of the film shooting until the press conference the two boys grew up and if Nicholas Bohor is determined to become an actor, Dan Hurduc splits his time between acting and music. The third member of the team, Crina Tofan (Live, directed by Vlad Păunescu), couldn`t attend the event because she was taking part in a diving board competition. She has been practicing this sport for a few years.
The rest of the cast is made of the actors Ofelia Popii, Șerban Pavlu, Dorian Boguță, Virginia Rogin, Valentin Popescu, Emilian Oprea. Virginia Rogin told us that she was thrilled to work with young film directors that she admired and that she would be happy to have more such collaborations. Oleg Mutu is the cinematographer of this feature film produced by ICON Production, the costumes were made by Svetlana Mihăilescu, Mălina Ionescu is the set designer and Cătălin Cristuțiu was the editor. The music is composed by Cristi Călin.
Cinematography: Valeriu Ciubotaru
Translation: Iulia Necoara