The moral dilemmas and the “diseased” Romanian medical system are the topics of the Nap Toader`s latest feature film. The screenplay written by Alin Ludu Dumbravă - Dan Stăiculescu and adapted by Nap 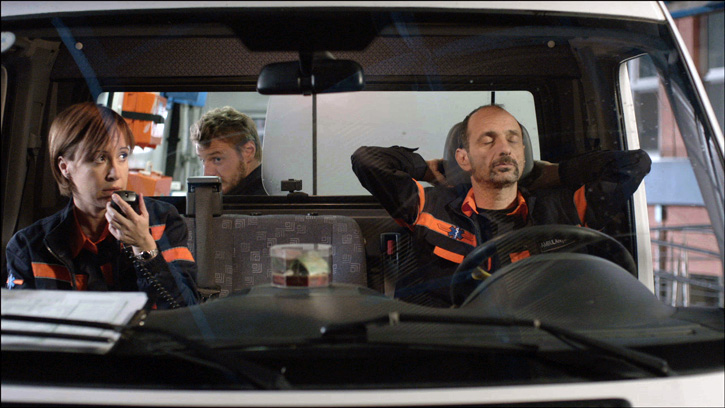 Toader generates discussions about the lives of the members of an ambulance team (the doctor -  Medeea Marinescu, the assistant – Alex Potocean, the driver –Gabriel Spahiu). The three of them are dedicated to this difficult profession, where everything is about life and death and all of them have sentimental and financial problems. A moment of crisis occurs when they find a big sum of money in an old man`s house, that they knew from previous interventions. Should they take the money or not? The old man has no heirs, so all his money would end up in the holed pocket of the state. After trying hard to resist on moral grounds, the temptation to trick the “national budget” is too strong. Or maybe not? The story is spiced up by a small romance between the doctor and the assistant.
At the press conference, the director Nap Toader and the actors Medeea Marinescu, Gabriel Spahiu și Alex Potocean spoke about volunteering at an ambulance station, in order to better understand how things happen there. The experience touched them, they saw directly how the distance between life and death is very small. Everything is different when you get to live your life on the edge every day.
Nap Toader came to the press conference wearing a T-shirt with a phone number, 8844, where with a text message you can donate money to help build a hospital for children. He said: “if the state doesn`t do anything, let us do something!”
03 ByPass is the first feature film produced by Clandestino, a film production company founded by Corina Stavilă, Silviu Stavilă and Mihai Bogos. The three of them also took on three important departments in making the film – editing, cinematography and sound. 03 ByPass entered the feature film competition of the BUZZ CEE festival. Nap Toader and Corina Stavilă attended the q&a after the screening.
Imagine: Nicolae Cara 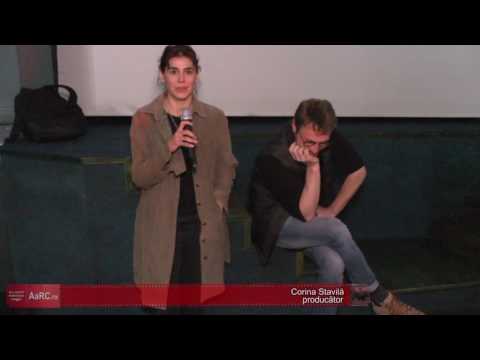