This year, One World Romania 2016 (21-27 March) will open with an unconventional multimedia experience on Monday night, March 21st, at MNAC. 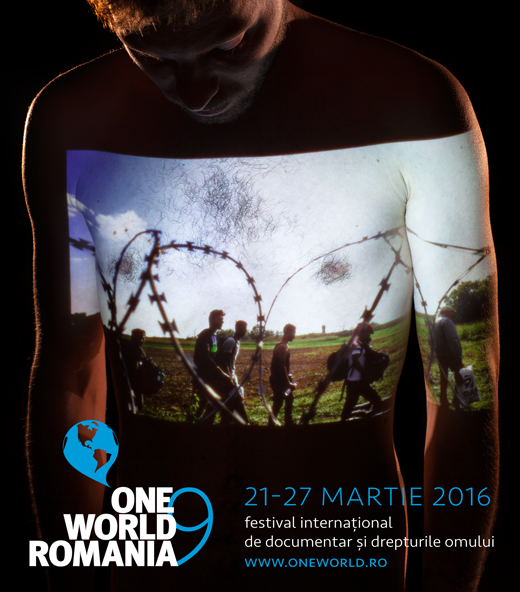 For the first time at a Romanian film festival, the virtual reality glasses will be made available, and 360° documentary features will be screened. The viewers will have the opportunity to watch a fragment of the performance set up by Cinty Ionescu – „Între două pastile” (In Between Two Pills), and another performance with film screenings on human bodies set up by Vava Ștefănescu and the CNDB team. Another 3 documentary features included in this year's selection will also be screened, and the night will be ended on the terrace with live music played by Mohamad Zatari with Iosua Galev, as well as with DJ sets by BadMashadi and [electro]BadMashadi.
Admission will be free of charge at the opening event, within the limit of the available seats. For astute film lovers, the film screening will begin also on Monday at Elvire Popesco, Union and Hollywood Multiplex.
In four of the Festival's locations, areas with documentary video games will be arranged, and on Thursday, March 24th, 6:00 pm, at the Bucharest Czech Centre, a meeting will be held with Ludo Hekman and Michiel van der Ros, video game designers.
A major event of the Festival will be the launching of the Sahia Vintage II DVD, the first one being launched last year.
Details at: One World Romania