NexT International Film Festival (22 – 26 June 2017) intends to discover and support the evolution of young filmmakers, significant voices for their generation and for the cinema of tomorrow, representatives of a community built up during the already 11 Festival years. 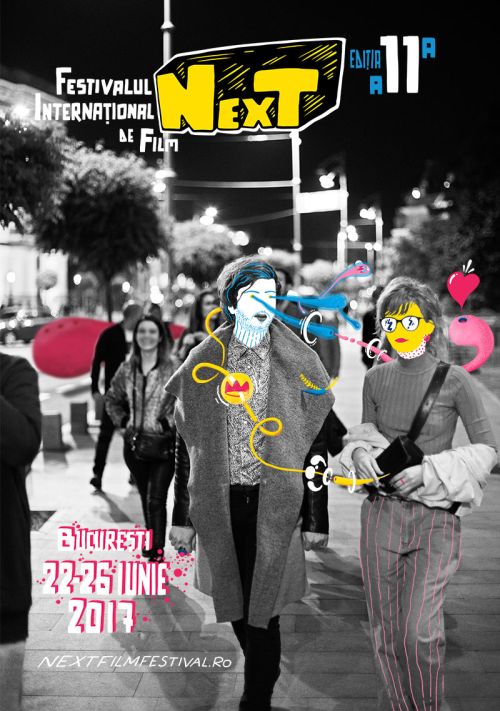 NexT Generation sections brings to the viewers' attention the debut feature length films made by filmmakers whose shorts were presented in the Festival's selection. The two debuts of the NexT 2017 Edition are Raw / Crud, by director Julia Ducournau (“Cristian Nemescu” Best Director Award in 2011 for the short Junior), to be screened in the opening of the edition, and The Human Surge / Valul uman, directed by Eduardo Williams (The Sound of the Stars Dazes Me - “Andrei Toncu” Award for Best sound-design in 2012), proiectat în închidere.
Raw follows Justine during her week of study at a vet school, where she has to go through a strange initiation ritual for novices. The experience turns into a nightmare story with cannibalism scenes grafted on the background of a dysfunctional family and a chaotic environment. The film was presented in the section Semaine de la Critique of the Cannes Film Festival, where it won the FIPRESCI Award in 2016.
The human surge is a meditation in tryptic form about work and free time in the digital era, following three young people from Argentina, Mozambique and the Philippines. They are still trapped by the workplaces they have just left or are about to leave, without any other goals or perspectives, their only connection being online, which is in contrast to an almost mystical desire to evade to magically beautiful landscapes. The film was selected to important film festivals, winning in 2016 the Golden Leopard in the section Cineasti del presente of the Locarno International Film Festival and a Special Mention for Best debut film.
As every year, the festival proposes new samples of creative and innovative cinema to its audience, challenging them at the same time to a dialogue on cinema, in the movie theatre. However, this year, after 10 years of existence, NexT intends to encourage the audience to be aware of the community built up around it and of its creative manifestations. As a continuation of this idea, this year's NexT visual is adopting a new stylistic direction: NexT town and audience as seen in the black and white pictures by Adi Tudose, with the unmistakable drawings by Matei Branea.
Details at: www.nextfilmfestival.ro