NexT 11 Sound and NexT Live SoundTrack

Giles Lamb worked with the Zentropa sound studios, a production company owned by Lars Von Trier, and is connected to the famous film manifest Dogma 95.
NexT Live SoundTrack 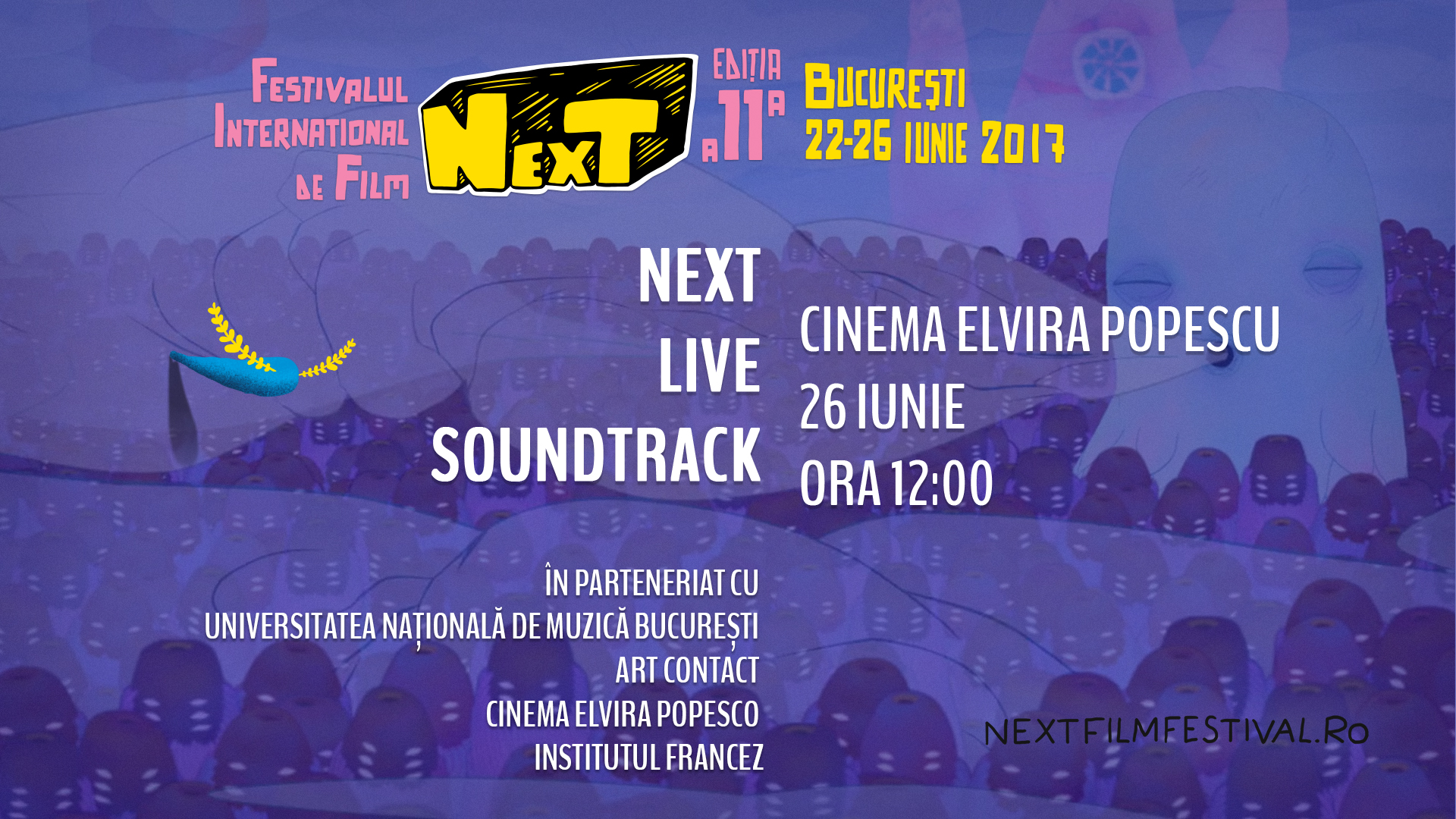 is an event in partnership with the National Music University of Bucharest and with Art Contact Association, focused on the live performance of certain composition made especially for the animation shorts created by graduates of the animation department of UNATC. The student ensemble is conducted by Cristian Lupeș.
NexT International Film Festival was set up in 2006, in memory of sound designer and composer
Andrei Toncu and of director Cristian Nemescu and is organised by the NexT Cultural Society, with the support of the National Filmmaking Centre, the Romanian Filmmakers Union, the Romanian Cultural Institute, the Town Hall of Bucharest Municipality,and ArCuB. The project is financed by the Ministry of Culture a National Identity, through the National Cultural Fund Administration.