Described by Variety as “a remarkable, surprising debut”, the film Monsters. / Monștri. directed by Marius Olteanu was also appreciated by the jury made by readers of the German newspaper Tagesspiegel and won the Best Film title in the Forum section of this year`s edition of the Berlin International Film Festival. Monsters. won the votes of the nine representatives of this independent jury 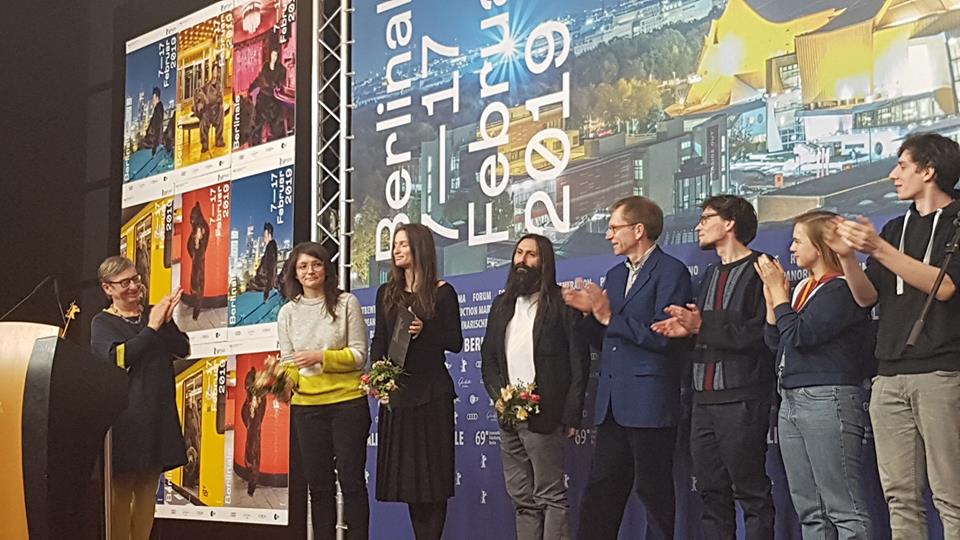 which gathers together from 2007 during the Berlinale. The jury motivated their choice by saying that the director Marius Olteanu uses a special visual language to describe the multistratificated nature of a relationship under the pressure of a society in which sticking to the rules is what matters the most.
The only Romanian feature film which was selected for Berlin, Monsters. describes one day in the life of a couple. Dana and Arthur have been married for a long time and they live an atypical love story. One of the questions raised by this film is “Which would be the biggest proof of love you can give the other?” The film observes and asks questions in a puzzle structure, in which the viewer must stay focused and decide in the end who “the monsters” are. The feature film Monsters.features Judith State, Cristian Popa, Alexandru Potocean, Șerban Pavlu, Dorina Lazăr, Gabriel Răuță.
Monsters. is a Parada Film and We Are Basca production, made with the support of the Romanian Film Center and in collaboration with the Romanian Television Society. The producers are Claudiu Mitcu, Ioachim Stroe, Robert Fița. Co-producer: Marius Olteanu.
The film is distributed by Transilvania Film, starting with the autumn of 2019.