Mircea Diaconu: ”Comedy is a sensational genre and very hard to make”


Actor Mircea Diaconu was a special guest at the Romanian Film Caravan in the town of Amara (19-23 July), where Tache was screened,the debut feature film by director Igor Cobileanski. 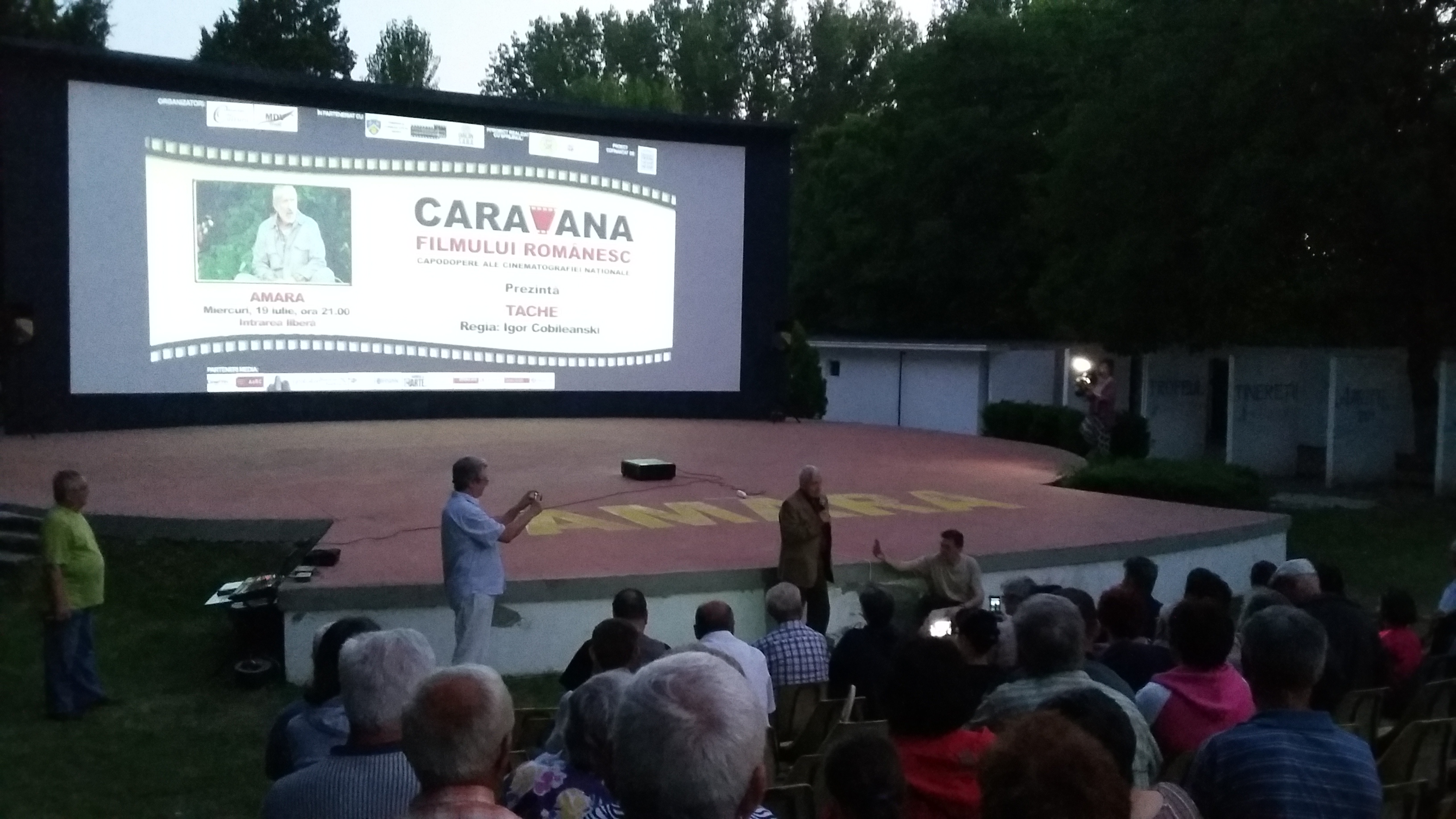 At the meeting with the audience, Mircea Diaconu talked about the experience of making this film and about his joy of making a comedy. The actor took part to several editions of the Romanian Film Caravan, a project coordinated by Roxana Bușuand Mihai Orășanufor CineCultura Association and MDV Audio Studio, with the support of the Romanian Filmmakers Union.
Currently, an eurodeputy in the European Parliament, Mircea Diaconu is dealing withthe setting up of the Cultural Heritage European Year 2018.
After the talk and the photo shoot with the audience, we talked about the open-air screenings of Romanian films proposed by the Caravan. ”I think this is an excellent project. I am a veteran. If you say Caravan, I am immediately transported to my childhood, when we were happy. When it came and we heard its megaphones, me and my friends used to forget about everything and we went there to help those boys to set up the cables, to carry the boxes, everything. We stuck with them until they left. It's an old mechanics for me.”
The story with the train coming from the screen is famous!
”That was my first experience. I recovered from it, I saw that I was ok, the train from the movie did not run over me, and from then on I have always been there. The present day Caravan is a very good project. It sounds good, it sounds complete. There is something important to say: unfortunately, this has been diluted very much. There are very few cinemas and screenings. 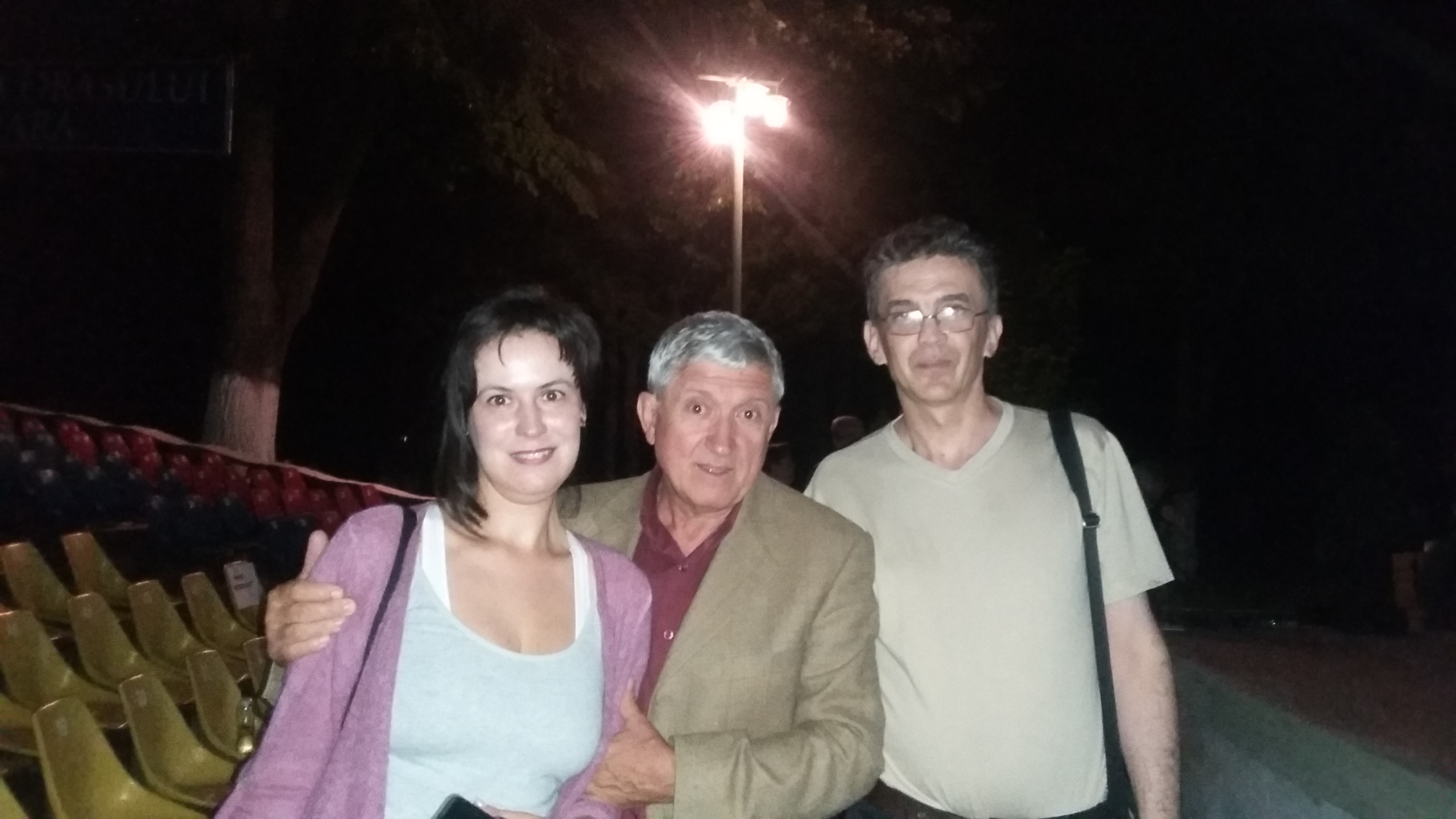 I talked with an European commissionaire who deals with this field and I pleaded for the notion of the theatre house as form of socialising. He took over the idea and developed it. Many families, many lonely people gathered to see a movie in small towns. The cinema used to bring the community together. This is exactly what the Romanian Film Caravan is doing. I have been alongside them from the beginning and it is well received everywhere.”
Mircea Diaconu also talked about working together with Igor Cobileanski, a director who made his debut with this feature film, whose script is signed by actress Mara Nicolescu. ”Igor did not love this project very much at the beginning. It was not the story he wanted. We talked a lot during the shootings and we worked very well together. The first part of the film does not seem not enjoy the story very much, but it grows as the action evolves. I say, at a certain point, in Moscow, the film Family Relations, by Nikita Mihalkov, and I returned “electrified”, O enjoyed it a whole lot. I told everybody about it, it is a genius comedy. A great director of my generation said it was stupid, that comedy is not a serious genre. Comedy, in theatre and film, is something sensational, with an impact on people. Very hard to make. It is not a play, if you are a professional, this is the way. Great tennis players throw the ball to the wall. Maybe our young directors should practice with this genre.”
(Translated by Stela Moise)